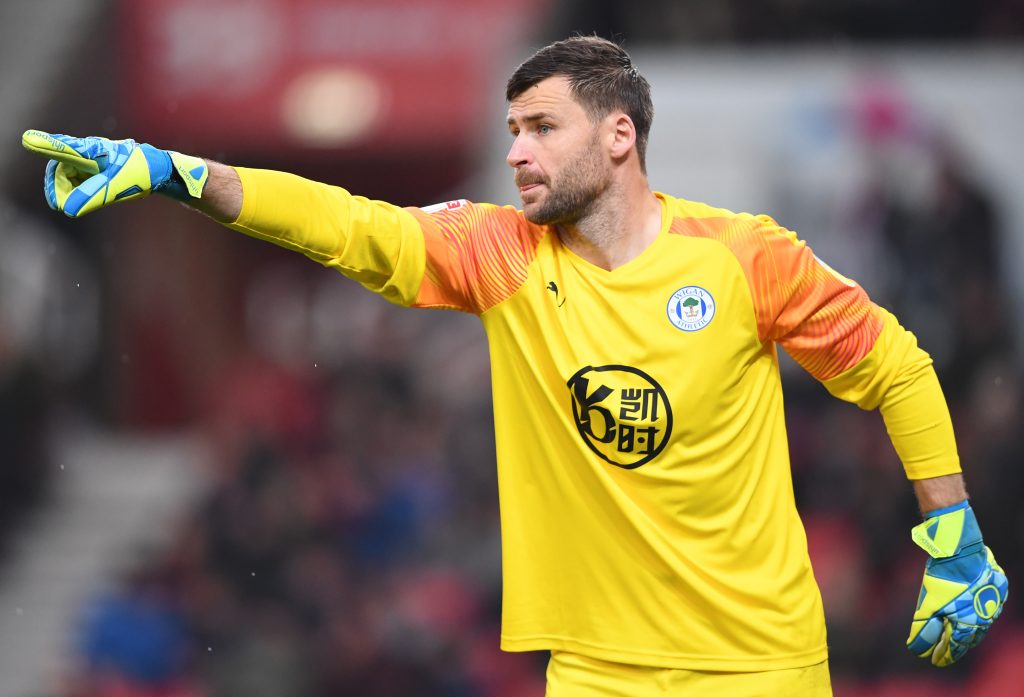 Celtic were linked with Wigan Athletic goalkeeper David Marshall earlier in the summer following the departures of Fraser Forster and Craig Gordon, but they have since brought in Vasilis Barkas from AEK Athens for £4.5 million.

Scott Bain played in goal on Sunday in the 5-1 win against Hamilton, but he is expected to remain as back-up this term.

It remains to be seen if Celtic boss Neil Lennon is looking to bring in another goalie having had three options last season, but Marshall has admitted that he would love to link up with the Bhoys once again.

The Scotland international is set to leave Wigan after the English side went into administration and got relegated from the Championship, and a return to Parkhead delights him.

“Of course it would. I think it would interest any player. But to a Celtic fan growing up, and someone who played there as a youngster coming through, it would be a massive thing for me,” Marshall told The Scottish Sun when asked if a move back to his first club appeals to him.

“I’ll just need to see how it all pans out. I haven’t heard anything from Celtic, but I’ll always have that affinity with them and it would be great if it happens.”

“With Craig and big Fraser leaving Celtic, there was talk of me going there. Celtic have obviously now signed the boy Barkas from Greece, losing two keepers and bringing one in. I don’t know if they’re looking for another one.”

The 35-year-old grew up in the Celtic youth ranks, making his debut in 2003 and making 50 appearances before leaving for Norwich City in 2006.

Marshall played for Cardiff City and Hull City before linking up with Wigan last summer and he won’t be short of options ahead of next term given his experience.

Barkas is expected to be Lennon’s first-choice this term, and it remains to be seen if Marshall fancies being a back-up goalie should Celtic offer him a deal.