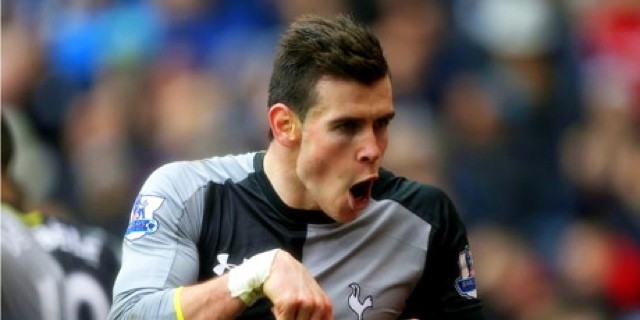 Gareth Bale has been a revelation for the world of football since he broke into the first team at Tottenham. A product of the Southampton youth academy, Bale has been touted to be as good as Lionel Messi and Cristiano Ronaldo.

Here are the five reasons why Tottenham can’t afford to lose Gareth Bale:

#1: Gareth Bale as a goal-threat

Spurs rely on having a goal threat in midfield. Having lost Rafael van der Vaart in the summer, the replacement purchased in the form of Moussa Dembele has thus far offered a totally different kind of threat, running from deep and providing drive from the centre of the field.

Clint Dempsey in turn has also failed to replicate his goal scoring heroics from his time at Fulham, and without Bale, Tottenham suddenly become a very one dimensional attacking side that relies too heavily on an out of form Defoe and the goal shy Adebayor.

Width to break down stubborn defenses requires two adequate wingers. If one of Gareth Bale or Aaron Lennon were to pick up an injury, the side suddenly becomes rather lopsided, particularly since Bale has taken to cutting inside to play off the striker rather a lot this season.

No other player in the squad is capable of offering the same pace and direct threat as these two, despite the arrival of Lewis Holtby proving that rotation within the frontline is possible.

Bale is the superstar that gives his side a rather superficial boost when it comes to discussion in the media. Thanks partly to Harry Redknapp and the beasting Bale gave Maicon at the San Siro a couple of years back, Bale is regarded by the English media as a player verging on breaking the Messi/Ronaldo duopoly as the best player ever.

It shouldn’t matter to the players or the club, but while Bale is still around, Tottenham will be considered genuine contenders for a place in the top four thanks to his media presence.

Spurs are already considered a bit of a selling club. Daniel Levy is known for his prowess on the negotiation table, turning serious profit on the likes of Modric and Berbatov whilst purchasing the likes of Hugo Lloris, renowned keeper and national team captain, for a rather paltry £11.5 million.

Despite the efforts of the chairman, other clubs know that the right amount of money will always get Levy talking – sustainable growth in a league as competitive in the Premier League is not possible if you sell your best players regularly. Just look at Arsenal.

#5: Still much room for improvement for Gareth Bale

The boy really does have everything in his locker to improve beyond expectations. This is not to say he could ever reach the superhuman standards set by the dangerous duo of La Liga, but Bale can almost certainly reach the bracket below.

This season he has proven his credentials as a goal threat, as well as being able to play in multiple positions across the front-line. His set pieces are improving, the addition of Holtby has allowed the Welshman to flourish slightly further up the field, and most importantly he has the physical attributes that make attacking players so difficult to mark.

Quite frankly, an in form Bale looks like an adult amongst kids when running at his fullback- reminiscent of one Cristiano Ronaldo, no?