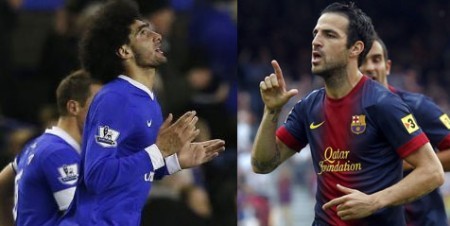 Manchester United have been in the market for two central midfielders – Barcelona’s Cesc Fabregas right and Everton’s Marouane Fellaini left.

However, the Premier League champions have failed in their task to produce either signature, and they have seemed blasé at the prospect of not bringing a midfielder if their top targets won’t sign.

Manager David Moyes recently revealed there was a chance his side may not bring in any new faces, as they aren’t panic buying to fill positions. They have a handful of targets, but will end their interest if they cannot agree terms with the players’ respective clubs.

Many people feel it’s ridiculous the side are still in need of a central-midfield player after having the same apparent issue for the last two seasons – but again failed to deal with it.

The side do have a temporary solution to their midfield problems in utility player Phil Jones. While the former Blackburn man regards himself as a natural centre-back, he’s been used successfully as a midfield player and could well find himself brought in to partner Michael Carrick in the middle of the park during this season. 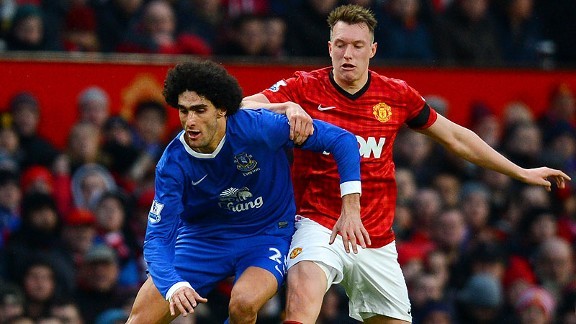 Jones can play as a right-back, centre-back, holding-midfielder, and as a central-midfielder, which makes him a useful player to have in the side. He’s proven he can play alongside Carrick, and will offer defensive stability in midfield which would free up Carrick to play his natural game from deep.

This season could well see the 21-year old get a good amount of games under his belt in a less familiar, but potentially effective, role for Manchester United.