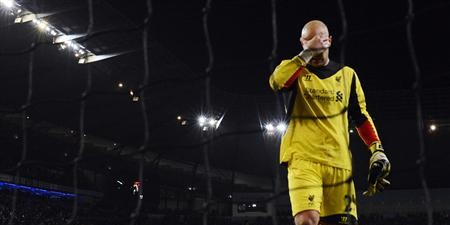 Liverpool converted yet another victory into a draw for the second successive game as Manchester City scored late on to salvage a point at the Etihad Stadium on Sunday.

The Reds smelled victory when Steven Gerrard scored from a spectacular volley but Argentina international Sergio Aguero pounced on the mistake made by Liverpool goal keeper Pepe Reina and scored with great aplomb to level the tie towards the end leaving Brendan Rodgers’ men frustrated.

With that result Liverpool have now failed to win a single match against any Premier League side lying in top 10 and that includes teams like Stoke City, West Bromwich Albion and Swansea as well.

0 – Liverpool haven’t beaten any of the teams currently in the top half of the Premier League this season. Bullied.

It is hard to pinpoint any single pattern or template on which we can generalize the reasons for such wobbles. It is rather a culmination of several factors like poor defending, lack of concentration, individual errors and team structure that gives such dismal figures.

Any new manager takes time to settle down and Rodgers was no exception. He understood from the onset that the task bestowed on him was onerous. The club bereft of any identity in terms of playing style and system needed a man with great tactical acumen like Rodgers more than he needed the club for survival.

So, naturally it took a bit of time for Rodgers to retain a semblance of control into the squad. By the time they faced West Bromwich Albion in the first match, the exuberance was there but lack of cohesion was clearly evident.

The team suffered a huge blow when Lucas Leiva got injured and remained side-lined for few months. The gnarled pros at the team were struggling to adjust to the technical demands of their new manager while Rodgers (due to lack of team depth and with little options left) summoned academy graduates and young talents to take up the challenge and step up to the plate.

The fixtures didn’t help them too. With the squad already struggling to cope up with the new system in place and key players like Lucas and Enrique injured resulting in make shift defensive line-ups, last thing the Reds needed was to face Manchester City, Arsenal and Manchester United in quick successions.

To everyone’s surprise, Liverpool were outstanding against both the Manchester clubs but individual errors left them down badly. When it seemed like they are cruising towards their first league victory of the season, Martin Skrtel (scorer of that match) gave a horrendous back pass to Carlos Tevez and all the hard work done in that match was crushed in one moment of casualty.

Likewise against Manchester United at home Liverpool dominated right from the first whistle and were controlling the game superbly. Rodgers wanted to master the midfield through blood and iron by bringing in Jonjo Shelvey but the youngster let the team down by making a two footed lunge on Jonny Evans in hot blood. Once you’re down to 10 men against United, you don’t expect to get away unscathed.

The rocky start to the season is largely responsible for Liverpool’s poor show against other teams in top 10 as well. Stoke City have lost just only once in their home fixture all season and likewise Everton so, one can easily conclude that Liverpool lost/drew against a formidable opposition away from home.

Further, their typical problems of poor finishing were always there. Luis Suarez has been nothing short of sensational this season, but he was burdened with too much of pressure lacking a proper helping hand, while expectations were too high from young teens like Sterling and Suso.

The thing that hurts most for all the Liverpool fans is the fact that in most of the games they played against the top sides, they were undoubtedly the better side on that particular day and came so close to winning it on few occasions as well. Probably, they lack that cutting edge in the side and a winning mentality.

To be honest developing a winning mentality doesn’t come through in one summer. It needs right players for executions as well. Liverpool are still in the process of development which in no way can be an excuse for such results. Unlike other Liverpool managers of the past, Rodgers didn’t give that as an excuse. Re-development is a learning process and a journey that every club must go through.

Liverpool fans can at least take great heart from the fact, which Gerrard rightly addressed that the team has shown the mentality to play as a winner. The signs are already there to everyone to see. They have shown a positive attitude and that what gives the feeling the side will improve in future.

Rodgers could have easily moulded his team into a defensive set-up while playing against City or Arsenal, but he stuck to his methods. That is the real impetus for the Merseyside giants. They have matched the top sides with performance. What they require is a bit of luck, focus, concentration and a winning mentality which is bound to come if they keep on doing the basics right.