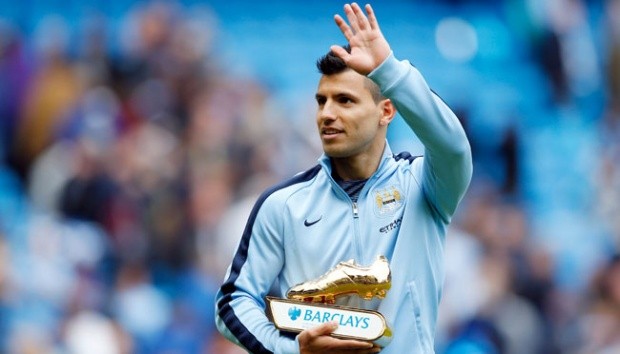 Manchester City manager, Pep Guardiola, has admitted that Sergio Aguero may not be staying at the club next season.

Aguero hinted that he could end his six-year spell at the Etihad Stadium after City’s 2-1 win over Swansea City, saying it is upto the club to decide on his future.

The Argentine has been dropped to the bench for City’s past three games, with Guardiola placing his trust on 19-year-old Gabriel Jesus. The Brazilian has scored three goals in three starts since his £27m move from Palmeiras.

The trio of Jesus, Raheem Sterling and Leroy Sané have excelled in recent games, and Guardiola may be reluctant to change his attacking line. It means, Aguero may have to settle for a place on the bench against Bournemouth on Monday night.

Guardiola has made it clear that he would not force Aguero out of the club, but at the same time cannot guarantee that the Argentine would stay beyond the end of the summer.

The Spaniard said, as quoted by the Times:

At the end of the season, I don’t know [what will happen]. I know how difficult it is to find top goalscorers. I would like him to stay, but I don’t know what is going to happen.

City officials are confident that Aguero will not leave the club. Guardiola, however, was annoyed with Aguero for missing seven matches through suspension this season. Interestingly, City have not only won all three games in which Aguero has started on the bench, but also have scored nine goals in the process.

Arsenal manager, Arsene Wenger, has voiced his concern about Mesut Ozil’s form, saying the German needs to find his confidence again. Ozil has not scored since the 3-1 home victory over Stoke City in December, and has appeared jaded in recent weeks.

Wenger said, as quoted by the Times:

Maybe it’s time for him to score a goal again. He needs to find confidence again. He misses chances that don’t look unfeasible for him [to score].

I felt he was not completely confident technically today. That’s a problem because you think he can deliver something special. It’s true that technically he did things today that he is not used to doing. I don’t know. It can happen. I can’t think of a specific reason. I had a chat with him yesterday [Friday]. He looked all right.

Arsenal will face Bayern Munich in the Champions League in the midweek. It is for the fourth time in the past five seasons that the two sides will meet against each other. Wenger will be hoping that his key midfielder rediscovers his form against Bayern.