Chelsea new boy Nemanja Matic says he is ready to face Manchester United on Sunday, should his manager pick him for the tie.

The Blues resigned their former player from Benfica for a reported fee of £21m. Matic left the club three years ago as a part of the £25m deal which saw David Luiz come the other way. 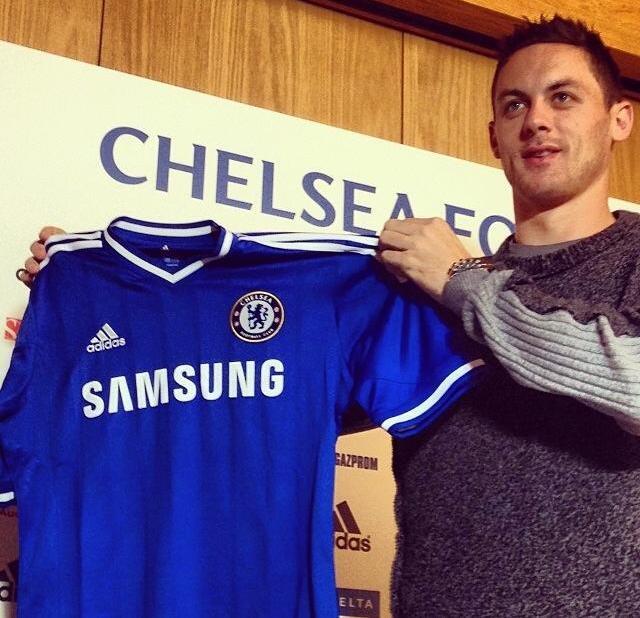 Matic’s return to Chelsea for the second time has strengthened few areas of weakness. Frank Lampard is fast approaching the end of his career, Michael Essien not the same force any more, John Obi Mikel flattered to deceive, although he has been at the club since 2006 while young guns like Van Ginkel and Oriol are yet to establish as first-team regulars.

He said: “The coach (Jose Mourinho) has to decide but I am ready. I am in training, I played the last game on Sunday against Porto so I don’t have any problems.”

He added:  “Chelsea are a very good team and have very good young players. In the next few years Chelsea will show power.

“Of course we need a bit of time because if a player is young he needs time to show all his qualities but I think Chelsea will be one of the best teams in Europe.”

Meanwhile Manchester United striker Robin van Persie has given his vote of confidence to under fire manager David Moyes, saying he is the leading man for the job and will turn the situation around.

“Moyes needs time, he’s new,” said Van Persie. “The manager is our leading man and he will change things around.”

“We lost too many points this year, but we are doing everything we can to change that,” said the 30-year-old Dutchman.

Manchester United are currently sitting in 7th place in the league and are out of the FA Cup, but Moyes has guided them to the last 16 of the Champions League and as well as the League Cup semifinals.