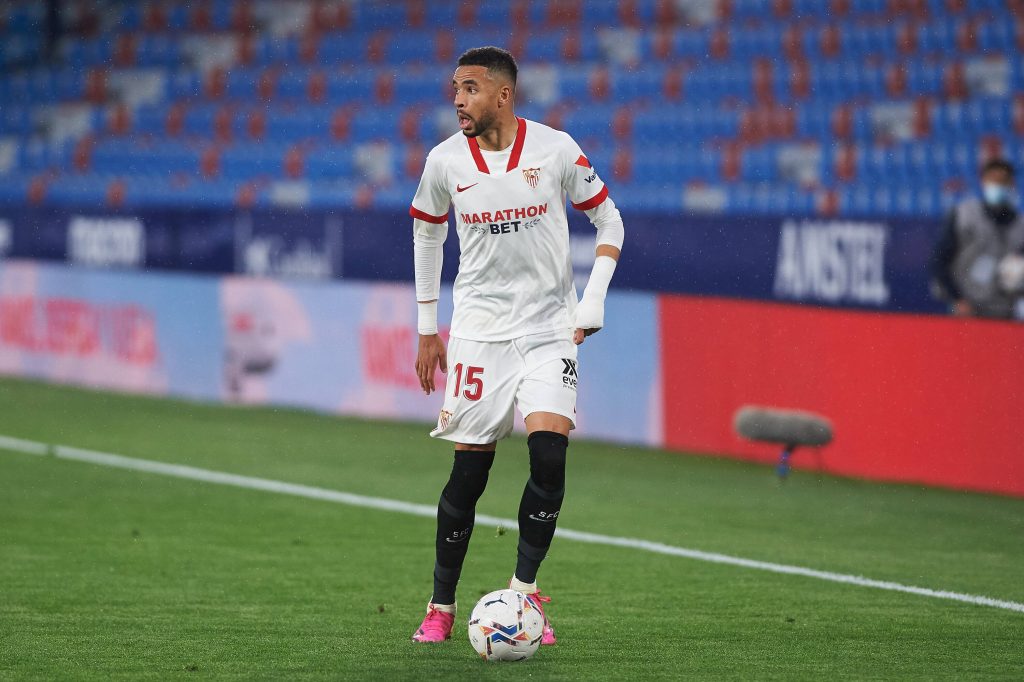 West Ham are reportedly willing to spend up to €45million on Sevilla forward Youssef En-Nesyri in the summer transfer window.

The Hammers have had a brilliant season so far, with the club currently sat fifth in the Premier League table, level on points with fourth-placed Chelsea.

Despite that, David Moyes’ striking options have struggled during the campaign.

Jesse Lingard, who joined West Ham on loan in the January transfer window, is the club’s joint-top goalscorer with nine goals.

Midfielder Tomas Soucek is the other player to have scored nine goals during the current campaign.

Meanwhile, Michail Antonio and Sébastien Haller have only managed seven goals each this season.

As a result, West Ham have now been linked with En-Nesyri.

A report from La Razon has suggested that both the Hammers and Juventus would be willing to pay up to €45m for the Moroccan’s signature.

En-Nesyri has scored 23 goals in 46 appearances this season, including six goals in Sevilla’s Champions League campaign.

An earlier report from the Evening Standard also suggested that West Ham were interested in En-Nesyri, while also naming Arsenal’s Eddie Nketiah as a potential target.

SL View – Who is Youssef En-Nesyri and would he be a good signing for West Ham?

En-Nesyri started his senior career with Malaga but only managed five goals and one assist in 41 appearances.

He then joined Leganes, where he started to make a name for himself, scoring 15 goals and assisting four in 49 appearances.

Finally, he joined Sevilla in January 2020 and has scored 29 goals since, leading to interest from outside of Spain.

The 23-year-old has bags of potential, and his performances in the Champions League show he can also perform against top opposition.

Standing at 6ft 2ins, the left-footed striker would also be physically suited to the Premier League.

The biggest concern for West Ham will be the calibre of club they are competing with for his signature.