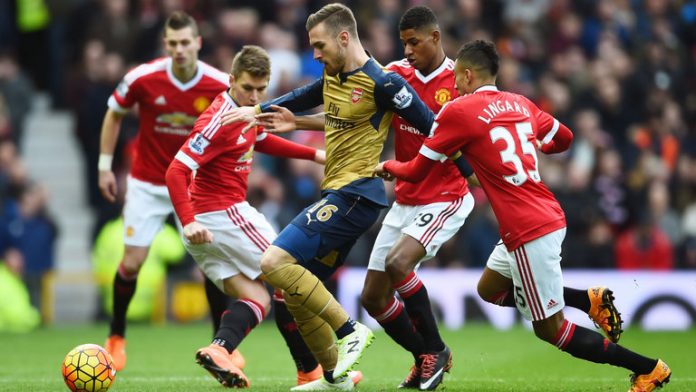 According to the Daily Mirror, Arsenal midfielder Aaron Ramsey is set to leave the club at the end of the season after contract talks broke down.

The 27-year-old is in the last year of his current deal, and while he is very much ready to commit his future to the club after months of negotiations, it appears both parties haven’t been able to reach a positive conclusion.

And what appears to be a potential Arsenal loss could end up being West Ham United’s gain.

The Hammers brought in Jack Wilshere from the north London side this summer for free, and shouldn’t hesitate to swoop on his former teammate Ramsey once he becomes available.

Manchester United, Chelsea, Lazio and Juventus are all said to be keeping tabs on the development, and while the Premier League duo could attract the Wales international, he isn’t guaranteed regular playing minutes at any of the sides.

However, that is sure to be available at West Ham given Ramsey’s quality and versatility, and adding such an experienced and top player to their squad will definitely go a long way in improving them.

Manuel Pellegrini’s side could do with few more additions to their midfield department despite recruiting in the summer, and the three-time F.A Cup winning star brings a lot, including goals and assists, to the table.

It remains to be seen if Unai Emery and the Arsenal board will allow Ramsey’s contract expire, but time is slowly running out, and they would be suffering a huge loss if he leaves.

West Ham should be readying a juicy offer if the Gunners make such a grave mistake, and given that the chance to reunite with Wilshere at the London Stadium and remain in the city could excite the Welsh star, a move could just be on the cards if the Hammers show ambition.