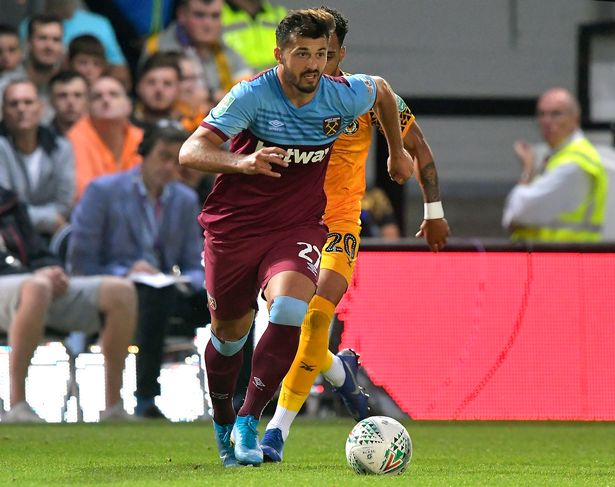 West Ham United are said to be considering the future of Albian Ajeti, who has failed to impress in his debut season, Football.London reports.

The Switzerland international made the move to the Hammers from Basel last summer but he has since been restricted to only eight appearances in the top-flight.

Each of those outings have come off the bench and he has looked out of pace as he has struggled to adjust to the demands of the Premier League.

As per Football.London, the 23-year-old’s time with the Hammers could be coming to an end after failing to make any notable impact during his time on the pitch.

Ajeti was purchased from Basel for £8m on deadline day last summer and it is claimed that the Hammers may look to offload the striker for a similar fee in the next transfer window.

In case he leaves, Sebastien Haller would be the only specialist centre-forward in the side but the likes of Jarrod Bowen and Michail Bowen are capable of starting up front.

It is unclear whether the club can afford a new striker under the current financial situation but it has been reported that they hold an interest in Chelsea’s Michy Batshuayi.

The Belgian has received limited playing time at the Blues but he has averaged a goal in every 97 minutes. He could prove an ideal signing for the Hammers going forward.