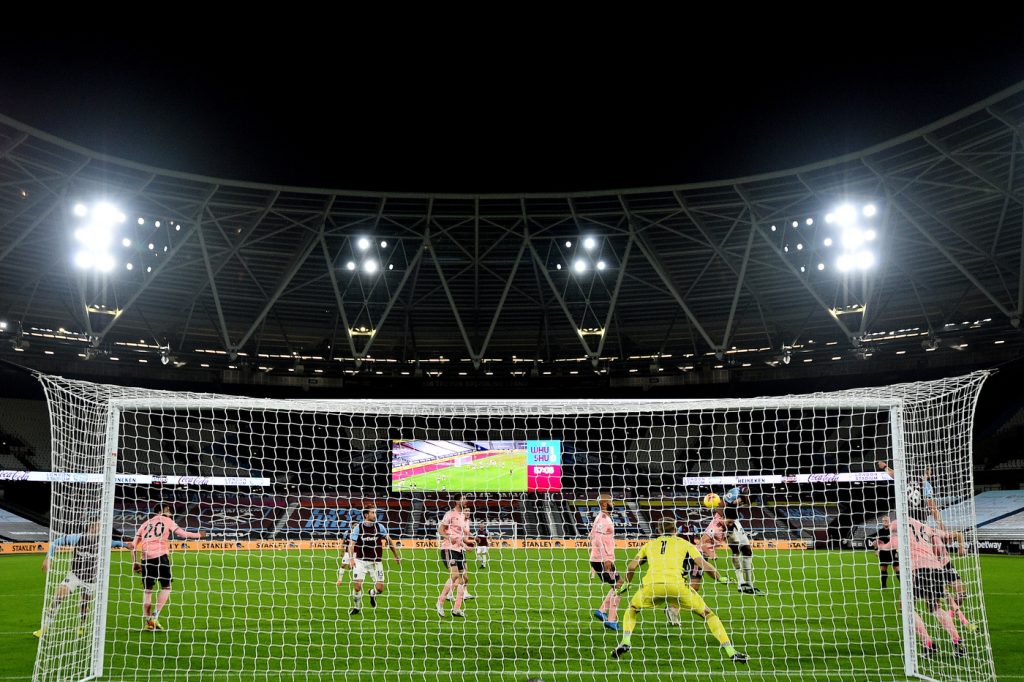 West Ham United’s rise up the Premier League this season has taken many people by surprise.

The Hammers are currently fifth in the table following their 3-0 victory over Sheffield United on Monday, sparking talk that they could secure a European qualification place.

However, according to former Arsenal forward Perry Groves, playing behind closed doors has been hugely beneficial to West Ham’s cause this season.

“We all agree, football is nowhere near the same without fans in the stadium,” Groves told talkSPORT.

“If one thing has been proven by all this, it’s that the game is all about the fans.

“I think Spurs have had a result with fans not being there because that could have been very toxic between the fans, Jose Mourinho and the players with some of their home performances.

“With West Ham, I’ve been at the London Stadium where if you’ve had a bad half or a bad game and it can turn pretty easily.

“Sometimes, no atmosphere is better than a toxic atmosphere. So I think David Moyes has been allowed to go about his business quite quietly, and West Ham have improved gradually.”

West Ham fans have had plenty to gripe about over the past few years, with the club repeatedly failing to live up to expectations.

They have often directed their angst towards the board and it is fair to say that the criticisms have been justified.

However, Groves’ suggestion that the absence of fans has helped West Ham is harsh in the extreme.

The atmosphere at the London Stadium has previously been toxic for good reason, but Moyes’ efforts since taking over as manager have turned things around.

Moyes has insisted that he is eager for fans to be allowed to return to stadiums as soon as possible – hardly the opinion of someone who is fearful of a ‘toxic atmosphere’.