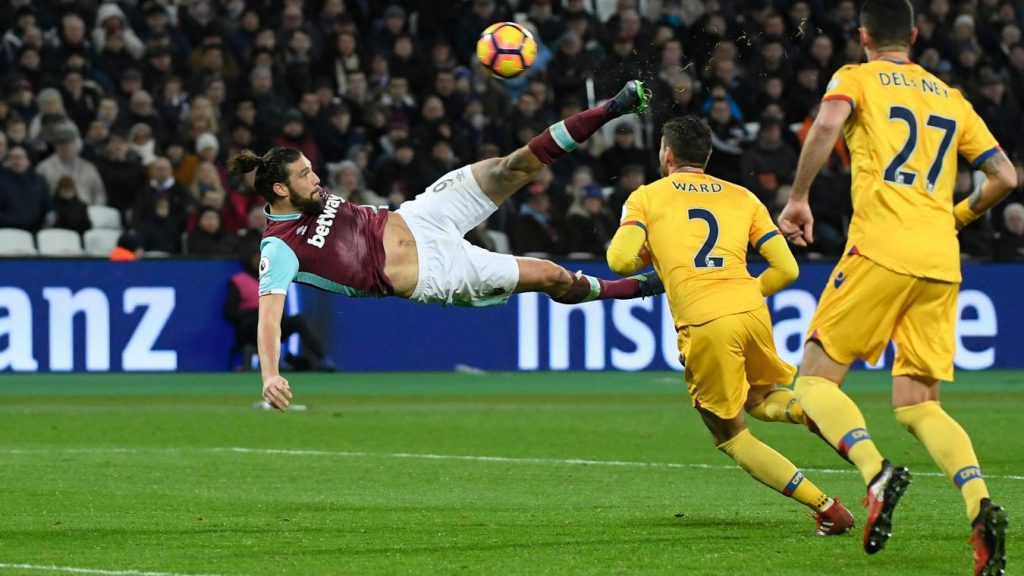 West Ham striker Andy Carroll has returned to training, but he is unlikely to be ready to face former club Newcastle United in two weeks time.

The 28-year-old has been suffering with a thigh injury and hasn’t played in the Premier League since facing Sunderland back in April.

The Hammers travel to Southampton on Saturday before visiting Cheltenham Town in the Carabao Cup four days later, but, according to the Daily Mail, Carroll won’t be be risked for either of those games.

Manager Slaven Bilic may decide to throw Carroll in at the deep end at Newcastle the following Saturday, but he is more likely to wait until the home game against Huddersfield Town on September 11.

Carroll has had a tough time with injuries since signing for the club back in 2012 and has played less than half of the possible minutes he could have done.

He picked up a hamstring injury in the 68th minute of a 3-0 win over Fulham, having signed on loan for the season from Liverpool just two days earlier.

Carroll soon returned, but just a week after scoring his first goal for the club he twisted his knee in a 1-0 defeat against Manchester United and was ruled out for 11 games.

He came back later in the season and scored six goals in the final ten games, but picked up a heel problem on the final day.

West Ham still signed him permanently for £15 million from Liverpool, but he missed pre-season and was due to return that September.

However, a training injury ruled him out again and he missed a further 21 games.

He has since torn ankle ligaments, suffered knee injuries and damaged a hamstring, but the Hammers now hope that Carroll can return and finally enjoy a long run of games.