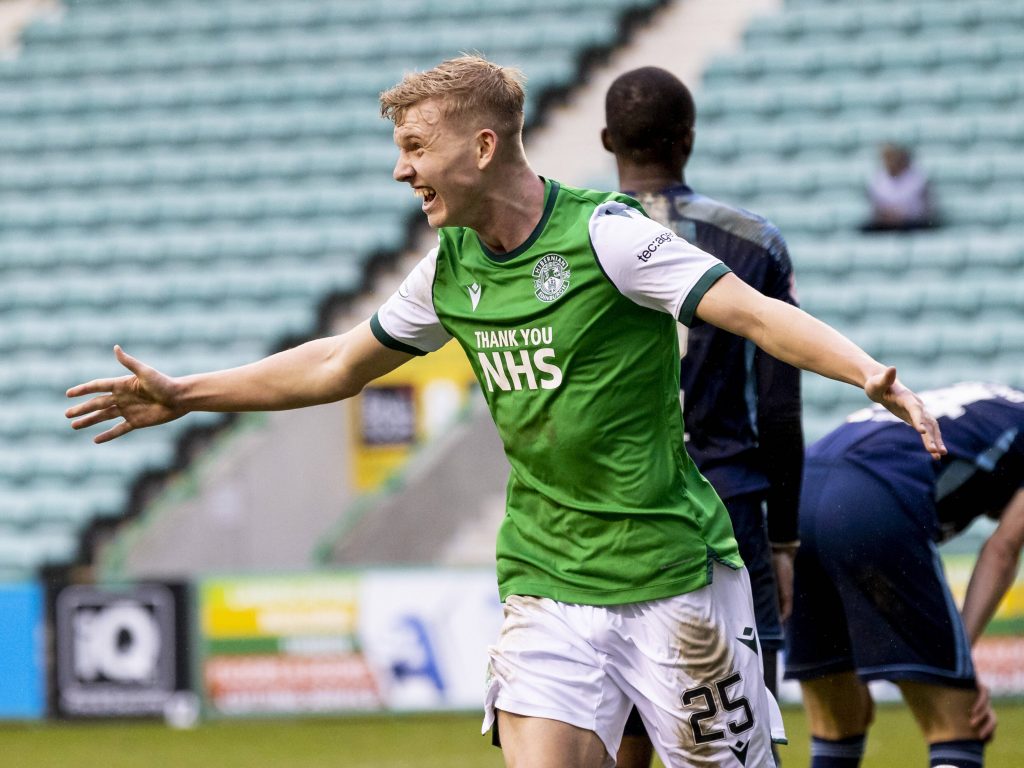 West Ham United and Leeds United have been handed a boost in their pursuit of Hibernian full-back Josh Doig.

The 19-year-old was left out of the club’s opening Scottish Premiership game on Sunday as he edges closer to a summer transfer.

Ahead of Hibs’ fixture at Motherwell, manager Jack Ross told Sky Sports that he expects Doig to exit the club over the next few days.

“My understanding is that it’s highly likely Josh will move from the club, so in that sense we have to prepare for that eventuality,” he said.

“It looks like it will happen soon. For me, as a manager, you would like that to have happened earlier.

“I think there’s been strong interest, and the club are hoping to finalise it this week. I don’t think it’s been a brilliant situation for Josh.

“He’s only just turned 19, and it’s a lot to deal with. For us and for him, it’s better if we draw it to a conclusion one way or another.”

Several clubs have been linked with Doig over the past few weeks, including West Ham and Leeds.

Watford reportedly made a £2.5 million bid, but Hibs rejected the offer as they want double that figure.

The 19-year-old is rated as one of the best prospects in the Scottish Premiership, and £5m could prove to be a massive bargain.

However, Doig will need to be careful about the club he chooses, particularly if he wants to continue his progression.

He would be unlikely to start at Leeds, with Junior Firpo expected to be the first choice left-back following his move from Barcelona.

A move to West Ham may be more appealing, particularly with Aaron Cresswell heading towards the veteran stage of his career.

The Hammers need to strengthen their squad to cope with competing in the Europa League this season, and Doig could see more game time with the London club.