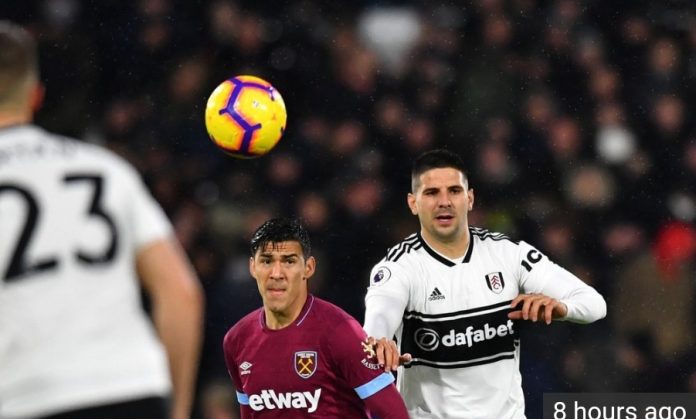 West Ham United are in tremendous form right now. Yesterday’s 2-0 victory at Craven Cottage extended their winning run to four on the trot.

The east London club lost their first four games. Now, they are dreaming of a qualifying for a European spot.

This victory leaves them ninth in the Premier League, a massive 14-points above the relegation zone. On the other hand, they are 10-points away from a place in the top-5, and qualification for next season’s Europa League.

However, if either of the domestic trophies are won by a club who qualify via their league position, 6th or even 7th, would be a route into Europe. As it stands The Irons are only two points behind sixth-placed Manchester United, as we approach the midway point of the season.

So it’s no surprise that fans are in buoyant mood following the win in west London. Excited Hammers took to social media to voice their approval. 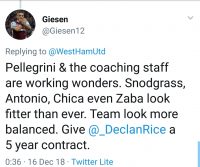 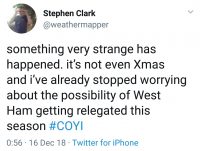 How West Ham made it four in a row

West Ham were simply lethal when it mattered. During the first half, Fulham created plenty of chances, but Fabianski was in inspired form. The Cottagers were guilty of not making the most of the opportunities that fell to them.

Fulham were punished as  Robert Snodgrass, and Michail Antonio scored with The Hammers first shots on target.

The second-half offered very little in comparison. Any spark Fulham had during the first 45-minutes had diminished.

All to play for

West Ham will be confident of continuing their impressive run over the festive period. Next weekend they entertain Watford. After Christmas they travel to Southampton, before facing Burnley and Brighton either side of new year’s day.

A domestic cup run is a realistic target if The Hammers can continue this purple patch. Their cup campaign starts on 5th January, when they entertain Birmingham City.