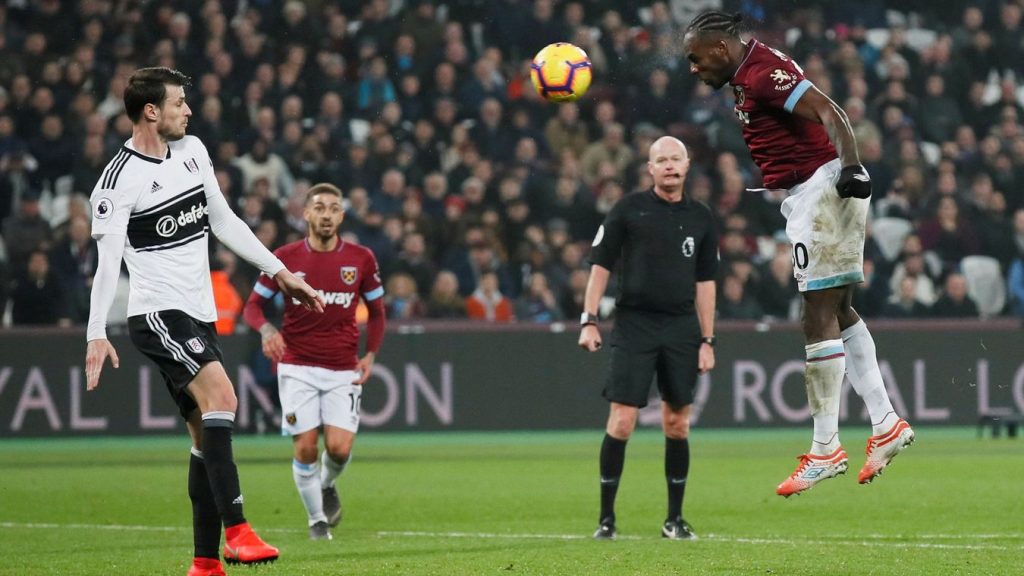 West Ham picked up a stunning 3-1 win over Fulham in the Premier League last night.

Despite going down 1-0 early on in the game the Hammers kept their composure and they managed to get back into the game.

Goals from Javier Hernandez, Issa Diop and Michail Antonio sealed the win for Manuel Pellegrini’s side.

Fulham started the game well and took a lead through January signing Ryan Babel. However, their lacklustre defending let them down eventually.

West Ham star Michail Antonio put in a solid display in front of the home fans. The versatile player scored one and played a key part in another for his side.

Apart from the goals, Antonio’s drive and determination throughout the game was excellent and the home fans were quite impressed.

Antonio has had his fair share of criticisms this season but it looks like he is back to his best now. He will be hoping to build on this and finish the season strongly.

West Ham fans took to Twitter to share their thoughts on his performance yesterday. Here are some of the best reactions.

Good win tonight after a slow start. @Michailantonio was superb tonight, MOTM for me. How good was it to see @manulanzini back? #WHUFUL #COYI pic.twitter.com/afLeGJBqN6

Michail Antonio is back to somewhere near his best. Two goals in his last three games, five for the season. Not only his goals but his stamina and explosive power is back after an injury-ridden couple of seasons. Offering a real outlet down the right once again. #WHUFC

Well done fella! Back to your very best. Now get back in the England squad ⚒

Really solid except for the open 15 minutes or so. Some good performances. As always I thought @_DeclanRice was superb. @Michailantonio is back to his best. Header harder than it looked. @IssaDiop97 good. @RyanFredericks_ did well when came on. Rare off day for zaba. ?⚒