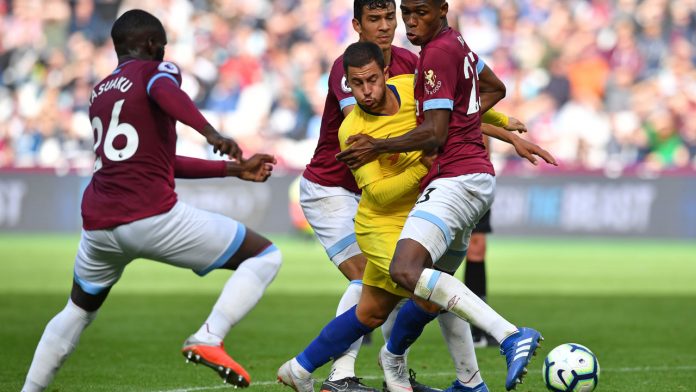 West Ham battled out an impressive draw against Chelsea on Sunday.

The Hammers could have won the game in the end but Andriy Yarmolenko missed a sitter from close range.

Manuel Pellegrini’s men seem to have turned a corner after their poor start to the season. The Londoners have picked up four points from their last two league games and they will be looking to build on this going forward.

One player who has impressed a lot is the new summer signing Issa Diop. The young center-back did brilliantly to deal with Hazard and Giroud yesterday.

Diop is still adjusting to the new club and the league and these performances are very encouraging. The West Ham fans will be hoping for more of the same in the upcoming games.

West Ham need to improve defensively if they want to finish in the top half and if Diop keeps performing at this level, they will certainly do a lot better at the back.

Here is how the West Ham fans reacted to their new signing’s performance against Chelsea.

Issa Diop is an absolute beast by the way…showing exactly why we paid £25m for him. Massive future ⚒ pic.twitter.com/NBy0AjeJN2

2 blocks (more than any player on the pitch)

If you dont believe Issa Diop is worth just over £120 million, I have all night to argue with you.

Really good result in the end. It was important to get something on the board at home and the players defended superbly. Issa Diop could prove to be a great signing – he looks like he has it all #WHUCHE #COYI

Diop solid, Balbuena has me nervous at times but I think give it time and they’ll be a solid pairing

Diop is class and will only improve. Balbuena gets me nervous at times but once Reid is back will be a brilliant sub

Just a reminder that Issa Diop is 21. Twenty. One.