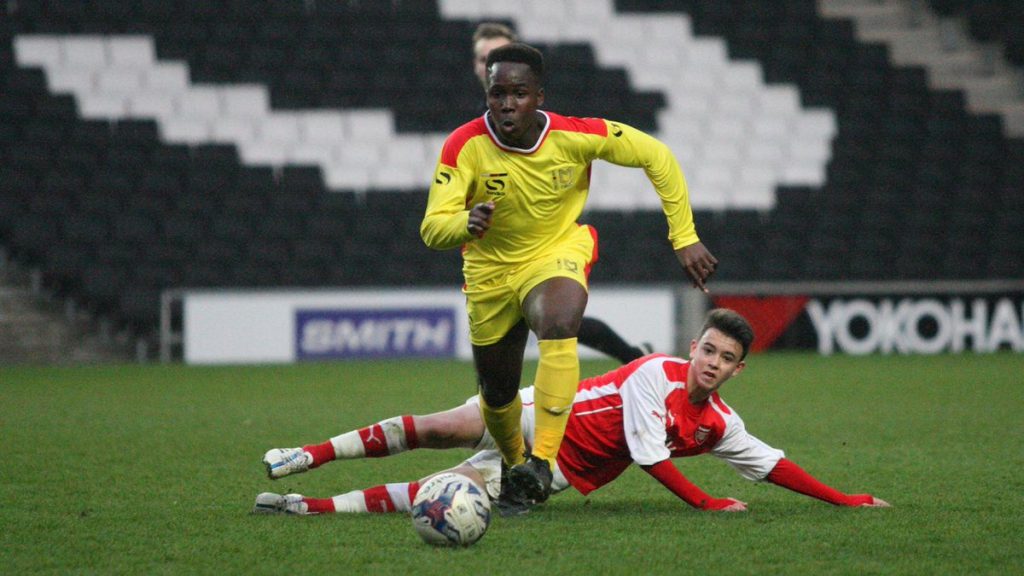 The attacker turns 17 in December and he has already impressed several Premier League clubs with his performances.

According to Daily Mirror, Manchester United, Arsenal and Liverpool are monitoring the forward as well and it will be interesting to see who makes the first move.

The 16-year-old has been a key member of MK Dons’ under-18s side and he has scored nine goals so far this season in just seven games. The young forward is expected to play for MK Dons’ senior team in the next few months.

At this stage of his career, Asonganyi will have to make a wise decision in terms of transfers. He cannot risk his career by joining a club that does not promote youth talents.

Therefore, Manchester United might not be the perfect option for him. Mourinho has a reputation of overlooking academy talents.

West Ham could be an ideal move for him. The Hammers did well to guide Reece Oxford to the first team in the recent years and they will be looking to do the same with the England youth international. If the interest is genuine, the player should consider joining the Hammers in the near future.