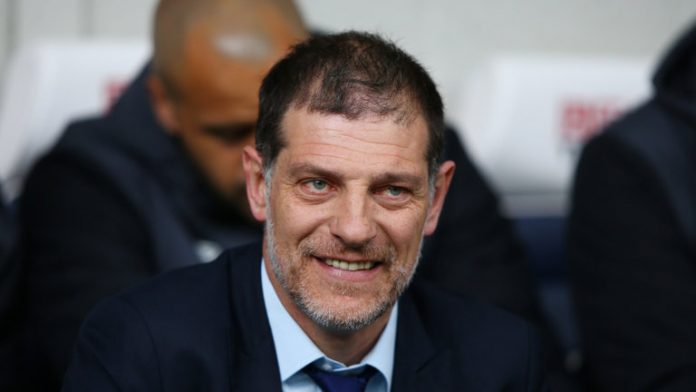 Slaven Bilic faces a crucial couple of weeks as he bids to get West Ham’s season up and running.

Defeats by Southampton and Manchester United in their opening two games has left the Hammers rooted to the foot of the Premier League and the Mirror claims the Croatian’s position is already under threat.

Bilic’s current contract is up at the end of the season, but unless results improve the club’s owners may decide to cut their losses early.

West Ham visit Cheltenham Town in the Carabao Cup on Tuesday, before facing Newcastle United and Huddersfield Town in their next two league fixtures.

Bilic has been busy in the transfer market this summer, with Pablo Zabaleta, Joe Hart, Marko Arnautovic and Javier Hernandez all arriving, while a move William Carvalho remains on the cards.

The 48-year-old came under pressure last season, with the club flirting with relegation before eventually pulling away to safety.

Current Newcastle boss Rafa Benitez is amongst the favourites to replace Bilic should he leave the club.

Benitez rejected West Ham in 2015 to take the Real Madrid job, but he is unhappy with the Magpies’ summer transfer dealings and a move back to London could appeal.

Bournemouth’s Eddie Howe and Fulham manager Slavisa Jokanovic are other names who were linked to the club last season, while Marseille boss Rudi Garcia has also been on the club’s radar in the past.