West Ham have agreed on a deal to sign the Arsenal forward Lucas Perez.

The 29-year-old is no longer wanted at Arsenal and he will look to resurrect his career with the Hammers.

According to Daily Mirror, West Ham will pay around £4m for the striker. Perez has signed a three-year contract with the Hammers.

Perez was on loan at Deportivo last season and he will be operating as a back up to Marco Arnautovic next season.

The Spaniard joined Arsenal for £17.1million in the summer of 2016 and went on to score seven goals in 21 appearances in his debut campaign.

Pellegrini was keen on adding more depth to his striking position and arrival of Perez will be a boost for the Chilean. With the likes of Carroll injured and Hugill loaned out, Perez could be a handy option for West Ham next season.

West Ham have been very active in the market this summer and the fans will be delighted with the club’s business so far.

Former Arsenal midfielder Jack Wilshere has now confirmed the move by posting an image of Lucas Perez in a West Ham shirt. 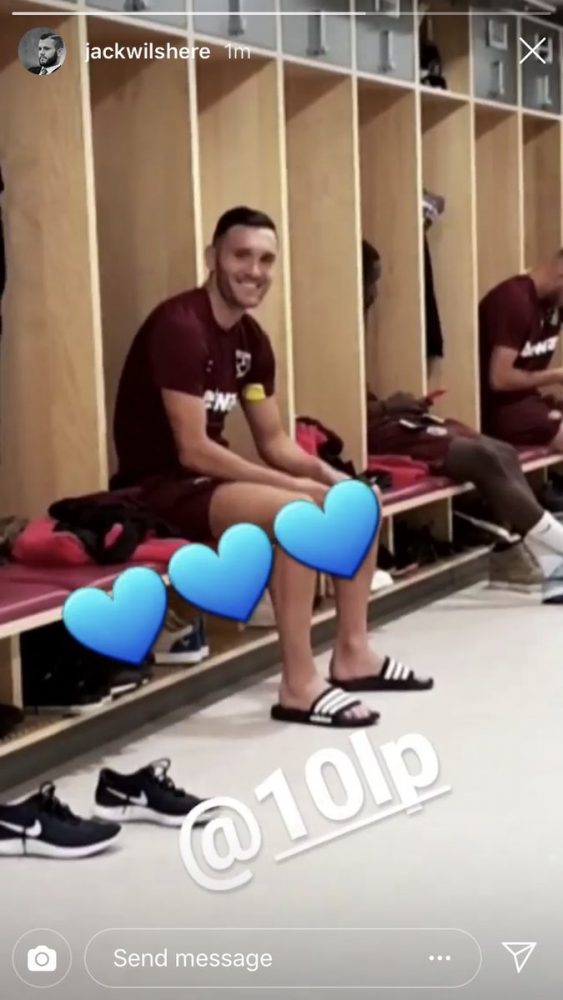 UPDATE: West Ham have now confirmed the signing of Lucas Perez from Arsenal.

Having completed his move to West Ham, the 29-year-old striker said: “I’m very happy to be here at such a historic Club. I’m very excited, as West Ham are giving me the chance to stay in the Premier League and I’m very happy to be part of this new project. West Ham have great fans and play in an amazing stadium, so to sign here brings me great joy. I’m very motivated.”

Director of Football Mario Husillos added: “We welcome Lucas to West Ham United. He is a very experienced player that Manuel and I both know well from Spain. He has great technical quality and can play as both the main striker or the second striker in a deeper role. He scores goals, but can also create them and link well with the midfielders. His style is different from the other strikers we have available to us, and that gives the manager more options for our attacking play. Lucas also has experience of the Premier League with Arsenal, and is familiar with life here in London, which of course means that he will take less time to adapt and be ready. From the very first meeting I had with Lucas, he made it very clear that he wanted to come to West Ham United and, for us, this is very important. We wish him every success during his time here.”