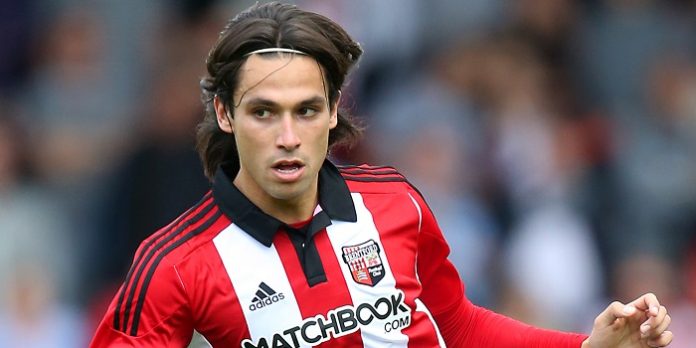 While West Bromwich Albion are looking to sign a defender in the closing stages of the summer transfer window, Tony Pulis should keep his options open for bolstering the attacking department as well.

Nacer Chadli’s future has come under speculation in the recent weeks, and the Belgian has been linked with a £25 million move to Swansea City. Should the deal materialise, Pulis must re-invest the money in signing an attacking midfielder.

Attacking midfielders or forwards usually do not come in cheap, and Pulis may have to look further down the league to sign players who would add quality to the side – step up, Brentford ace Jota.

The Spaniard was sensational for the Bees in the Championship last term. He scored 12 goals and provided five assists in just 21 league outings for Brentford.

Although replicating those figures in the Premier League is a different matter altogether, the 26-year-old has shown that he has the technical ability to adapt to any situation.

He is a versatile, creative player who play anywhere along the front-line, but most effective when deployed behind the striker in the number 10 role.

West London Sport reported back in June that he would cost as little as £8m; that would represent fantastic value in today’s inflated market.