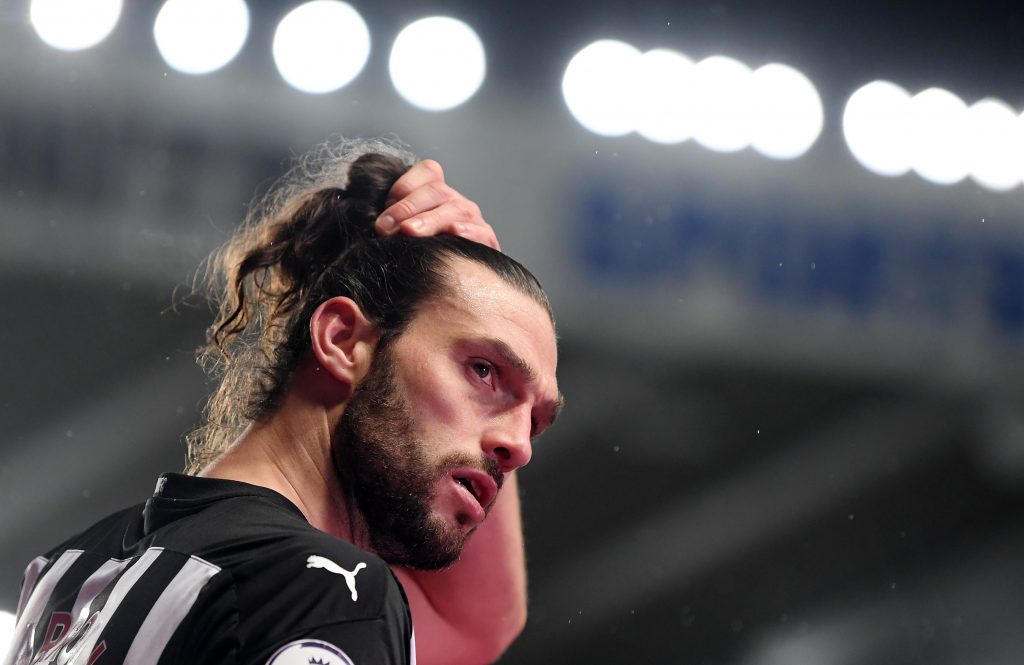 West Bromwich Albion have identified Andy Carroll as a potential target to strengthen their strike force during the ongoing transfer window, The Mail claims.

The Baggies have endured a disappointing return to the top-flight and are currently languishing in the 19th spot with eight points, six adrift of safety.

One of their main concerns this term has been the lack of goals with only 11 coming from their 17 games and they may look to address the concern this month.

According to The Mail, the Baggies are looking at multiple options and Carroll is one of the players being considered to improve their goalscoring return.

Carroll rejoined the Magpies in the summer of 2019, but he has not made much of a mark with only six starts over the past 18 months.

The 31-year-old recently found the back of the net in the 2-1 defeat to Leicester City – his first goal for the Magpies since his comeback.

With under six months left on his contract, he could be available for a nominal fee. The ex-Liverpool man could fill the void left by Karlan Grant’s injury.

Grant, who joined the Baggies from Huddersfield Town earlier in the summer, is currently sidelined for up to six weeks with a fracture on his foot.

The 23-year-old has experienced a frustrating season with just one goal scored from 12 outings and the injury will see him miss at least seven league games.

A move for Carroll can be considered a risk with his injury record, but the Baggies find themselves where they have to improve their frontline to add more goals and points to their tally.

Aside from the England international, they also have Bournemouth’s Joshua King on their radar, but face fierce competition from West Ham United and Wolverhampton Wanderers.