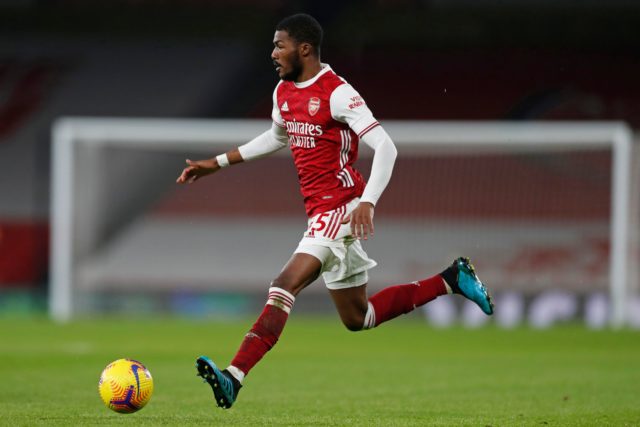 Many West Bromwich Albion fans have taken to Twitter to express their reaction to reports linking the Baggies with a move for Ainsley Maitland-Niles in the January transfer window.

Sam Allardyce is looking to bring in some quality players on loan this month, and they have earmarked the 23-year-old central midfielder as one of their prime targets.

The versatile midfielder, who has played for the Gunners in full-back or wing-back positions, is pushing for a loan move this month to boost his chances of making the England squad for Euro 2020.

According to reports from The Athletic, a current top-four team are keen to sign him this month, but West Brom as emerging as favourites to sign him.

Sky Sports journalist Rob Dorsett has claimed that the Baggies are leading the chase the sign the midfielder. They are looking to get him on loan till the end of the season, and the player likes the idea as well, as he believes he will be able to play in his favoured midfield position.

#wba leading the chase for #afc midfielder Ainsley Maitland-Niles. A number of other Prem clubs interested, but Albion favourites to land him on loan til end of season. AMN keen on the idea because would get to play in favoured midfield position, and get more game time for Euros.

Many West Brom fans feel that Maitland-Niles would be a fantastic addition to their squad. Here are some of the selected tweets:

Would be an unreal signing! Good move for him as he would play week in week out

I'd be very surprised if we pull that off.

He’ll be our best player in about 5 positions, so I’d be surprised but hope it happens

Snodgrass, Button, Diagne, Yokuslu & Maitland Niles. Is that enough to keep us up this season? If it wasn’t for our dreadful start I would say yes. It’s going to be interesting… #wba

Maitland Niles would be a brilliant signing. Versatile, would be perfect if we were to play 5 at the back as well with him as a wingback on either side.
Please Albion get him in #wba

Maitland-Niles has struggled for regular game time at Arsenal after Mikel Arteta reverted to a four-man defence.

The likes of Hector Bellerin and Kieran Tierney are the club’s first-choice right and left-back, while Cedric Soares has jumped ahead of him in the pecking order.

At West Brom, he will not only get to play regularly but also likely to be used in midfield. The move makes perfect sense for the Baggies who are currently second bottom of the Premier League and are facing a real fight to prevent relegation.