West Bromwich Albion come up against Liverpool on Sunday afternoon, live on television. Both teams come off the back of high scoring derby games, but only The Reds came out victorious. Albion managed the double over Liverpool this season, but how will they be able to pick up all three points when the club from Merseyside visit the Hawthorns?

In the reverse fixture Liverpool beat the Baggies 4-1 thanks to a stunning Luis Suarez hat trick. In order to get anything out of the game, West Brom must remain patient, but more importantly tight at the back. They will have to be patient, making sure they don’t dive into tackles as the away side can be dangerous from set pieces. 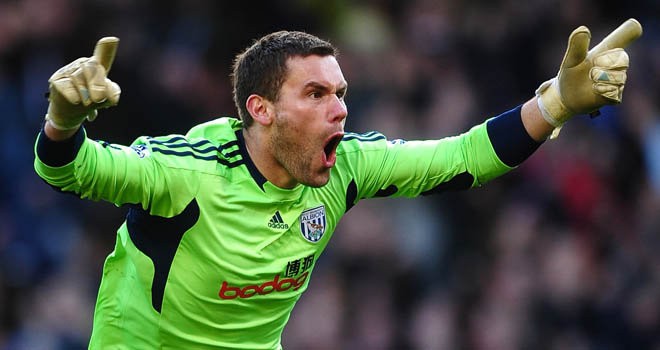 Much like the 2-0 away win last season, Albion will need to soak up waves of pressure and counter with speed. The best chance they have will be to put Liverpool on the back foot from the off, pressuring down the opposition especially when they have the ball in their own third so they cannot build from the back. Brendan Rodgers likes his defenders to retain possession, but players such as Martin Skrtel don’t always look comfortable on the ball. By putting him under constant pressure it will cause mistakes high up the pitch, giving West Brom chances.

With players such as Suarez, Daniel Sturridge and Philippe Coutinho at their disposal, Liverpool will undoubtedly create chances, so it will be important for Ben Foster to be on top of his game. Foster has the ability to win points on his own, making some fantastic saves with his great agility, and will be looking to impress on a national scale in front of the television cameras to secure his place on the plane to Brazil for the 2014 World Cup.

The defensive midfielder’s role in game will be vital to help West Brom pick up victory. They will need to sit in the middle of the park to play the ball of quickly to the attacking players to unleash quick counter attacks. However they will have to remain disciplined throughout the game to keep an eye on Suarez. The Uruguayan likes to drop deep to pick up the ball and run at the opposition. Communication from defence to midfield will be vital to help with the marking side of the game to help prevent the threat of the Premier League’s top goal scorer.

If Victor Anichebe is chosen to play up front he could be vital to Albion’s plans. He will need to hold the ball up to bring others into play but more importantly given the defenders some much needed respite.

West Brom will need their fair share of luck to come away with the points to drag them away from the relegation zone but there is clearly quality in the side. They will have to remain disciplined and focused from the off but a win against a top side like Liverpool could really turn the clubs fortunes around.