Bundesliga outfit Werder Bremen are reportedly interested in Chelsea’s highly rated youngster Nathan Ake and have made contacts with the London giants over a possible transfer in January, or next summer.

Ake, who has already made several first team appearances, is one of the brightest young talents in Chelsea academy, and has all the potentials to break into the first team in coming years.

Matt Dickinson of The Times wrote last month that Chelsea’s biggest challenge at the moment is not winning the Champions League but grooming and bringing in players into first team squad from the academy. He wrote:

“There are high hopes for Nathan Aké, 19, a Dutch defender, and Andreas Christensen, the 18-year-old Dane, as well as Nathaniel Chalobah, the England Under-21 midfielder on loan at Burnley. Which, if any, will make it? Perhaps none…”

We added on the topic: 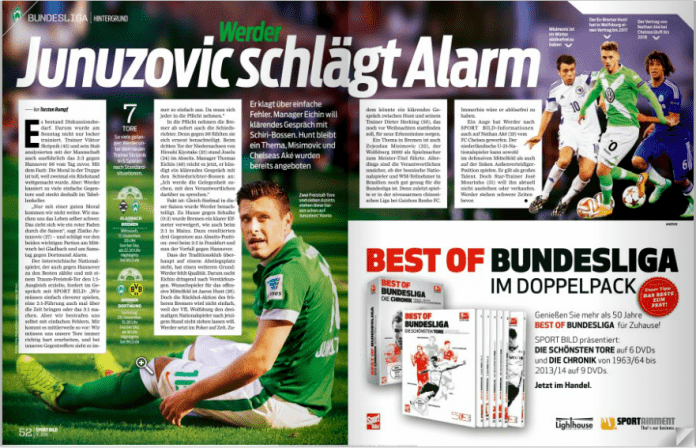 German magazine Sport Bild claim that Werder Bremen were looking to exploit Chelsea’s loan policy and want to bring Ake, who has a contract till 2018, but Mourinho rates the U-21 Dutch international very highly and is not looking to send him on loan, not to talk about any permanent move.