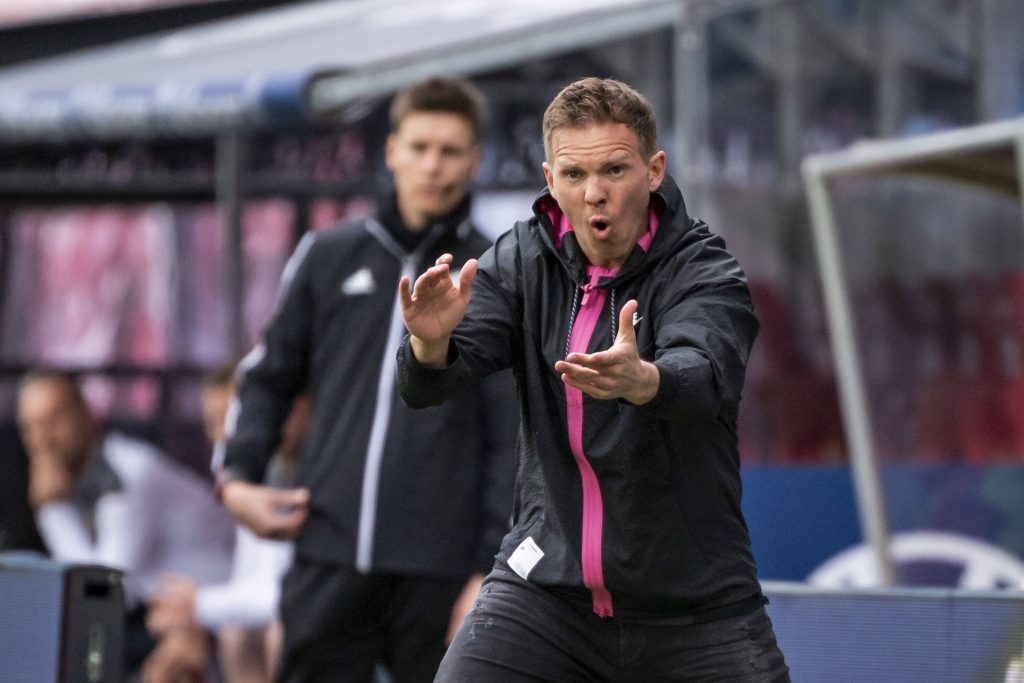 Weserstadion is the venue as out-of-sorts Werder Bremen meet RB Leipzig in the DFB Pokal semi-finals on Friday. If you are interested in watching this match live online, see our live streaming sites page.

Seeking their first piece of silverware under Julian Naglesmann, Leipzig line up against a struggling Werder side that last reached the DFB Pokal final in 2009/10.

Leipzig’s only previous attempt to wrap up the cup trophy saw them go down 3-0 to Bayern Munich in the 2018/19 final.

Werder face a formidable challenge in the shape of a Leipzig side they have lost to in both of their previous H2Hs at this venue by a three-goal margin.

And while they have conceded the third-joint highest 51 goals in the Bundesliga this season, Werder have kept a clean sheet in all four cup matches en route to the semi-finals.

However, since going past Regensburg in the DFB Pokal quarter-finals, Florian Kohfeldt’s men have suffered four successive Bundesliga defeats by an aggregate score of 12-3, conceding 3+ goals on three occasions.

Additionally, the hosts have lost four home games in a row, scoring under 1.5 goals each time, with two of their three strikes in that sequence coming beyond the hour mark.

Leipzig have coasted through to the semi-finals, having won each of their four DFB Pokal ties this season by over 1.5 goals ‘to nil,’ mustering up a total of 12 strikes.

Since a 2-2 draw with Wolfsburg on January 16, none of their subsequent eight road trips in all competitions have ended level (W5, L3), with 80% of their victories in this spread of games yielding a three-goal margin.

Notably, Nagelsmann’s men have netted 2+ goals in 66.67% of their away domestic fixtures since the calendar flipped to 2021 (6/9), finding the net in both halves in each such contest.

There has been plenty of late action in Leipzig’s recent road matches as four of the last five have featured over 1.5 goals after the half-time break.

Betting favourites to clinch a spot in the final, Die Rotten Bullen have outplayed Werder in each of their last four competitive meetings by an aggregate score of 12-1.