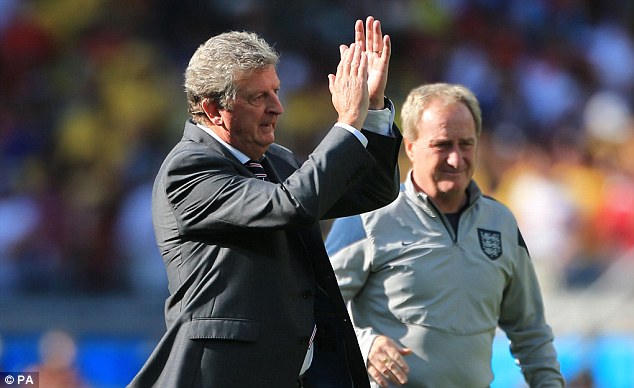 When most of the football fans are enjoying the 2014 FIFA World Cup, England supporters are left with a better taste as the Three Lions were knocked out of the summer event in Brazil and are already back on home soil.

Even before their last fixture against Costa Rica, Roy Hodgson’s men were already knocked out of the World Cup just after their first two games. England scored only two goals and managed a point from their three group stage matches.

The English side lost their opening game 2-1 to Italy, despite dominating the game and having better possession. In the second tie, Uruguay registered a win as Liverpool superstar Luis Suarez’s brace was sufficient to put a dent in England’s World Cup hopes.

It was Italy’s defeat to Costa Rica the next day was the final nail in England’s coffin, which confirmed their exit from the summer tournament. Hodgson had picked up a relatively young squad to Brazil and despite that, the Three Lions failed to seal a single win.

England had star players in the squad and players who have won titles and trophies at club level. However, their club statistics, number of medals and their form for club was no good when it really mattered the most.

Hodgson deployed Liverpool duo of Steven Gerrard and Jordan Henderson in the midfield and that is where England lost their plot, even before they kicked the ball against Italy. The 66-year-old manager repeated the same error against Uruguay.

Brendan Rodgers’ side have been leaking goals during the 2013-14 season and it’s just their brilliant form from their attacking players helped them win games. However, at the end of the season, their poor defence cost them the league title.

Gerrard and Henderson did not have any impact in supporting England’s back four – either against Italy or during their defeat to Uruguay. What Hodgson should have done was deployed Manchester United midfielder Michael Carrick and Arsenal star Jack Wilshere in place of Gerrard and Henderson.

Hodgson did not have a plan to block Andrea Pirlo, who dominated the midfield for Italy in their opening World Cup fixture. If one had observed the Azzurri’s match against Costa Rica, they had a plan in place and made sure they had the Juventus midfielder marked and did not allow him to get much time on the ball.

Despite seeing Gerrard and Henderson struggle, Hodgson deployed the duo once again for the game against Uruguay. The left-back Baines was also struggling, while Raheem Sterling failed to meet the expectations.

Wayne Rooney, who was the centre of attraction for England managed to meet some sort of expectations as he managed his first goal for the Three Lions in the World Cup against Uruguay.

The Manchester United star was involved in both the goals scored in the tournament. Everton midfielder Ross Barkley and Southampton’s Lallana were impressive when they came from the bench.

Coming to back four, England lacked a leader like John Terry or Rio Ferdinand, who were very vocal and were characters on the field. Having Gary Cahill and Phil Jagielka was relatively a good option, but the two were not vocal in dominating their side’s back four.

The best option for Hodgson was to convince the Chelsea skipper to come out of retirement and join the England squad for the World Cup. Could have had some impact, especially after Terry had an impressive Euro 2012.

In addition to all the failure in tactics, weather in Brazil added to England’s wound. It is not sure if one can bring this into discussion, but there is some role of the hot conditions, which could have hampered the Three Lions’ progress in the 2014 World Cup.