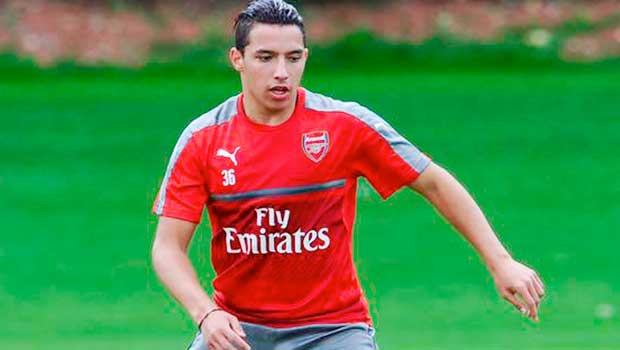 Arsenal midfielder, Ismaël Bennacer, has been linked with a loan move away from the club.

The 18-year-old central midfielder is very highly rated within the game and is already impressing with the Arsenal reserves.

As per the latest reports from Algeria, the likes of Guingamp, Le Havre, and Lorient are “very interested” in taking the player on loan, and Bennacer is thought to be keen on playing some first team football, as well.

Apparently, the player believes that he is ready for a step up, and would consider joining the aforementioned clubs on loan in order to get some regular first-team football. For a player of his age, Bennacer is quite mature and is developing at a rapid rate. Considering his prodigious talent, perhaps a chance to play for the first team could do him a world of good. Furthermore, Bennacer has already made his international debut with Algeria.

The report adds that Wenger rates the player very highly, and is open to sending him out on loan if the right opportunity comes his way. Also, the Arsenal manager thinks that the sheer number of central midfielders at the club could restrict Bennacer’s progress at Arsenal.

The midfielder was signed from Arles-Avignon in France for around £250k back in 2015, and has become a key member of the Arsenal reserves team. It will be interesting to see if there is a concrete offer for the player when the January window opens. One thing is certain, sending him out on loan is unlikely to affect the player negatively, and, therefore, it is an option worth choosing.