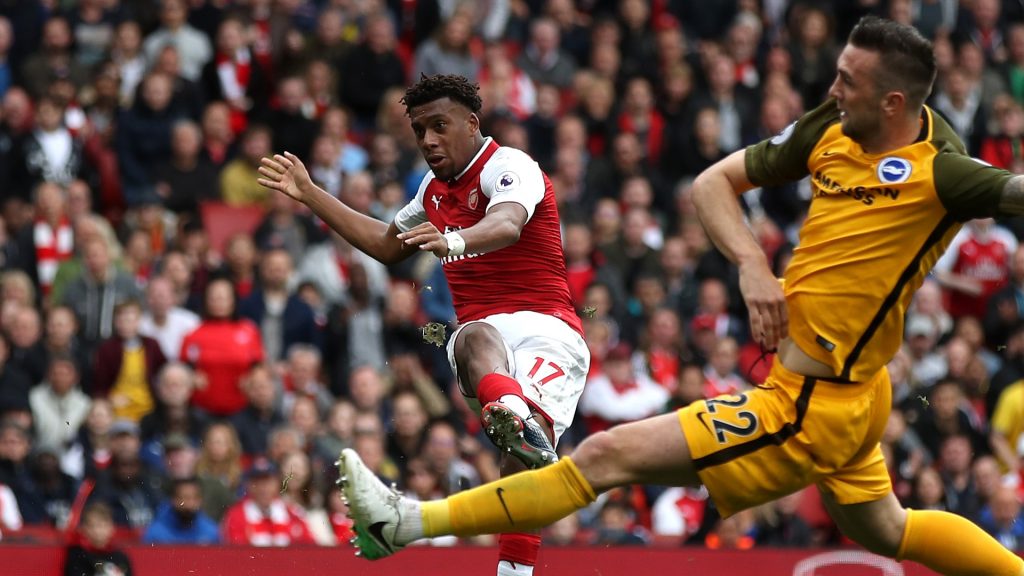 Alex Iwobi scored his first goal of the campaign as Arsenal eased past Brighton with a 2-0 victory in the Premier League at the Emirates.

The 21-year-old started in place of the injured Mesut Ozil and capped off an impressive display in attack, combining with Alexis Sanchez. Arsenal boss Arsene Wenger, clearly impressed by Iwobi’s performance, has demanded more from the Nigeria international in terms of goals and assists.

“He’s the kind of player who has a good availability, helps you a lot to get out of pressure when you’re in the build-up game and creates spaces,” said Wenger after the win.

“But what you want from him is the final balls and goals as well. A player like him must score 10 goals [this season] and he must as well give between six and 10 assists. That’s what I want of him.”

Iwobi, who had six goals and 12 assists in 64 appearances for the Gunners prior to the match against Brighton, has himself admitted the need to deliver more as Arsenal look to mount a challenge for the Premier League and UEFA Europa League titles.

“People in my position were doing better than me in that aspect of the game, which is to eventually win games, and that’s something I had to work on.”

This win has put Arsenal level on points with Chelsea who lost against Manchester City on Saturday. The Gunners’ next league outing will be against Watford at Vicarage Road after the international break.