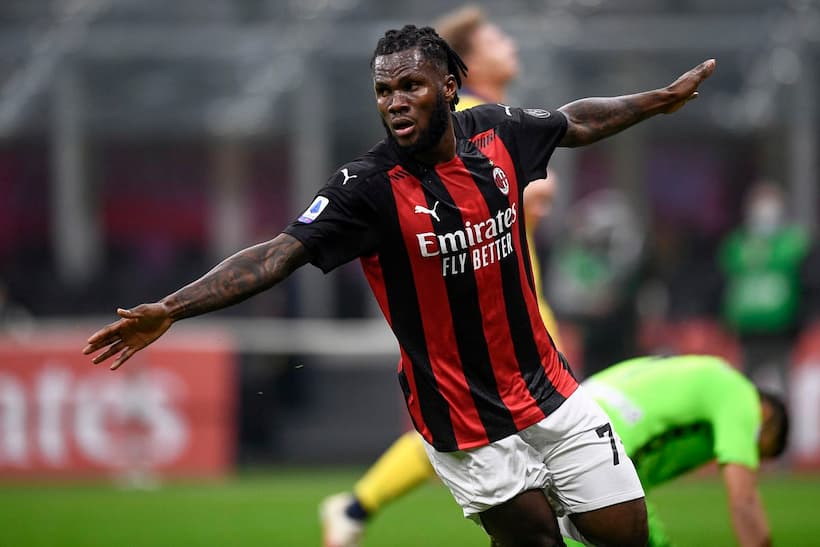 Day 2 of matchday 4 in the UEFA Champions League gets underway this evening, featuring the likes of Liverpool vs Atletico Madrid, and our expert has a five-fold set of 8/1 UCL BTTS tips to share. Plus, find out how you can Bet £10 Get £30 at Betfred.

Betting on the above selection of BTTS tips at Betfred provides odds of approximately 8/1 – and a return of £94.46 on a £10 stake.

A.C. Milan are yet to keep a clean sheet in the UCL this season. The Italian Giants have played three, lost three, and let in six goals in total, including two vs tonight’s opponent’s Porto in the reverse fixture a fortnight ago. That game ended 1-0 to the Portuguese giants and remains the only Milan game where BTTS has not occurred.

Back home at the San Siro, however, and with a host of stars returning to the fold who did not feature in the last game between these two sides, including imperious midfield talent Franck Kessie, we’re backing Milan to hit the target in a score draw.

If the last game between these two European heavyweights is anything to go by, we’re expecting another UCL classic in tonight’s battle at Anfield.

Liverpool came away from the Wanda Metropolitano Stadium with a well-fought 3-2 win to seize control of Group B. The game featured 11 shots on target, five goals, a red card, and several of the world’s best attacking players, including arguably the world’s top player on current form Mohamed Salah, who scored his fourth and fifth goals of this year’s UCL campaign. As fans, it’s impossible to ask for any more from a game of football.

Expect something similar tonight with BTTS.

The heavy 0-4 away defeat in Amsterdam a fortnight ago is the only game in the last seven in which perennial German contenders Borussia Dortmund have failed to find the net.

Back home at the Signal Iduna Park, however, Dortmund tend to score very regularly. In fact, Erling Haaland and co. have netted a goal in every game played on their home patch since the Bundesliga got underway. Haaland, alone, has 13 goals in 10 appearances and will take some stopping this evening!

Ajax proved they are capable of carving Dortmund open in the reverse fixture two weeks ago, and Dortmund always scores at home. So, this one has BTTS written all over it.

Rising star Christian Nkunku has four UCL goals for RB Leipzig already this season, including a hat-trick vs English champions Manchester City on matchday 2. Tonight, the young French talent will go head to head with PSG’s Lionel Messi, who has three goals in the UCL to date, and we’re expecting both players to perform!

Besides the obvious array of attacking talent on both sides, PSG narrowly edged out tonight’s German opponents 3-2 in the corresponding fixture from a fortnight ago; three of PSG’s last five games in all comps have ended in BTTS, and five of RB Leipzig’s last six have ended with BTTS, so this leg looks very promising.

In the first encounter between the Champions of England and Belgium a fortnight ago, Manchester City played Club Brugge off the park in a 5-1 away victory. City amassed nine shots on target to Brugge’s two and only conceded late in the game with the result already certain.

We’re backing Kevin de Bruyne and co. to give a total performance this season and to keep a clean sheet back home at the Etihad. So, no BTTS here.

Betting on today’s selection of Both Teams To Score tips at Betfred will provide odds of around 8/1 – and a return of £94.46 on a £10 stake.

Betfred is offering a Bet £10 Get £30 in Free Bets + 30 Free Spins promotion to any newcomer to the site. This special promo can be used in conjunction with Wednesday’s UCL matches and the previously detailed football Both Teams To Score tips.