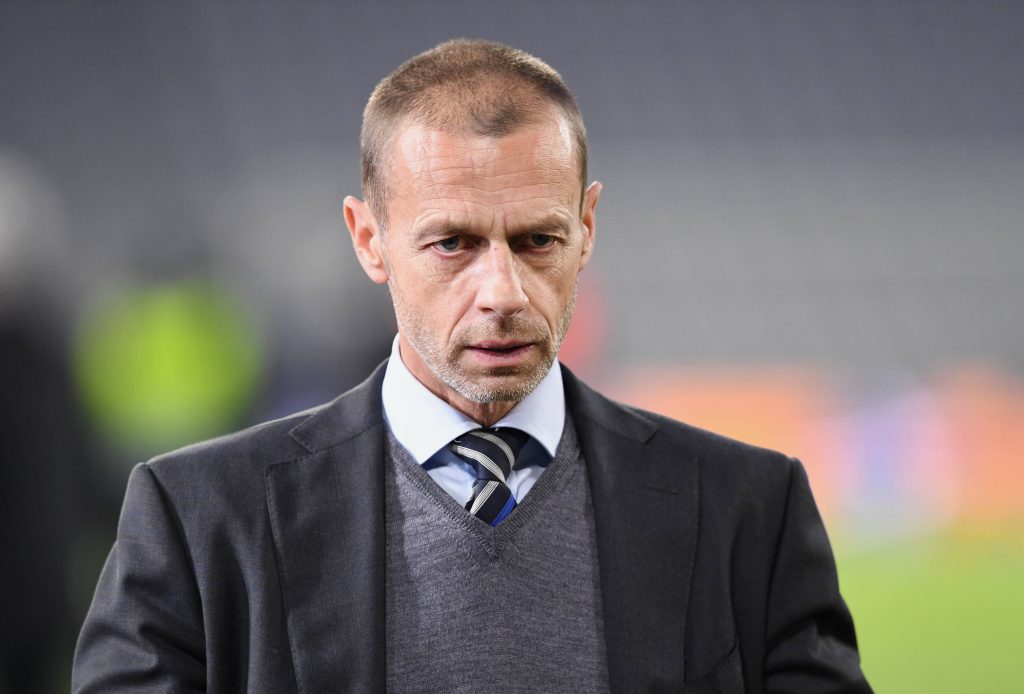 Manchester United and Juventus are both involved in the breakaway Super League, announced on Sunday night.

The plans could see both clubs kicked out of their domestic competitions, as well as the Champions League.

Speaking in a UEFA news conference on Monday, president Aleksander Ceferin has spoken out on the European Super League, criticising those who helped form it.

Speaking on Ed Woodward, as quoted by the BBC, Ceferin explained: “I didn’t have much contact with him, but he called me last Thursday in the evening saying that he’s very satisfied with the [Champions League] reforms, that he fully supports the reforms, and that the only thing he would like to speak about is about financial fair play.

“And obviously, he already signed something else.”

Ceferin also slammed Andrea Agnelli, revealing the Juventus chief told him on Saturday that the Super League is ‘only rumours’.

“I don’t want to be too personal. But the fact is that I’ve never seen a person that would lie so many times, so persistently that he did was unbelievable.

“I spoke with him also on Saturday afternoon. He said, ‘These are all only rumours. Don’t worry, nothing is going on’. And then he said, ‘I’ll call you in one hour’. And he turned off the phone.”

SL View – Will Ceferin be able to stop the European Super League?

The comments from Ceferin are incredible to say the least.

The press conference was filled with emotions of disappointment and betrayal, with Ceferin clearly upset with those he felt he could trust.

Now, he will be looking to the future and trying to back up those strong words with strong actions.

Firstly, Ceferin has threatened to ban players of those clubs from international football.

That could lead to players pushing back against a potential formation of the Super League.

Ceferin has also threatened to throw these teams out of the Champions League, putting UEFA in a strong negotiating position.

While Ceferin has put UEFA in a fairly solid position around the table, it is yet to be seen whether this will stop clubs from pressing on with their plans.