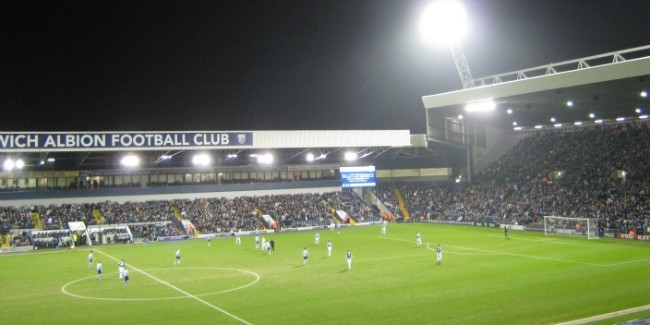 If you’re a gallant subscriber to one of the big 3 or 4, or whatever the current denomination of the English Premier League elite is, then I firstly commend you in having the capacity to read an article praising a team that currently flirts on the peripheral of that exclusive club.

In the interest of disclosure I am not a Baggie. And neither does the relatively close proximity of my hometown, Worcester, influence my current state of positively gushing over the Albion. In fact, my only previous brushes with West Brom have been a passive drive by the Hawthorns when I was a child, having a bit of a soft spot for Bob Taylor and an old school friend who was the only pupil I knew who supported them.

All vague recollections well over a decade old. But now in 2012, with the fortunes of the club having changed dramatically, WBA are due – perhaps belatedly – for some much deserved praise and attention.

Steve Clarke has taken over from England manager Roy Hodgson and has continued the progression of the team seamlessly. Though we are only 15 games into the season, the Baggies currently sit 5th in the table just outside the Champions League spots.

Notable scalps have included the 3-0 opening day victory over Liverpool and the 2-1 win over the European Champions, Chelsea. The latter result having been one of the defeats that saw Roberto Di Matteo’s season end prematurely.

Any team that appears to have a tendency to prompt the sacking of a Chelsea manager on a now seemingly annual basis must be doing something right! And ought to be rightly praised for such an achievement.

Even the 4-2 defeat of Sunderland sparked rumours that Martin O’Neil had tendered his resignation. Perhaps an away day fixture to the Hawthorns for under pressure managers, is fast becoming a warning that the gallows await.

The stench of execution aside, WBA are a breath of fresh air. A club previously synonymous with yo-yoing between the English Championship and the Premier League, have avoided the temptations to gamble their revenues in order to cement their place in the top flight.

A prudent, patient way of running a club which is paying dividends with the club debt free and now into their 3rd straight season in the Premier League. I am sure Baggies resent being labelled as a yo-yo club, but that unwanted reputation is quickly being forgotten.

There have been plenty of casualties that have tried to make the step up from the Championship to the Premier League. Teams spending far beyond their means in their desperation to remain in  top division with little regard to a plan B when things don’t quite work out that way.

With UEFA’s financial fair play rules now in effect, WBA remain one of the few clubs who can proudly boast that they do not need their hand to be forced by governance in order to stay afloat.

Casting an eye over the WBA squad you would struggle to find glamourous signings or players harbouring ego’s bigger than their abilities. Throughout the squad, the theme is one of a hard working tenacious team.

A team that has managed to keep a nucleus of players together over an extended period of time, which is testament to the Club. Olsson, Morrison, Mulumbu have all made over well over 100 appearance during the last few season. While captain Chris Brunt is just shy of the 200 mark.

Beyond all the team spirit and loyalty that runs through the squad, and treading carefully not to give off a condescending tone, West Brom also possess a sprinkling of the creative. James Morrison has matured over the last few years and has developed into a dynamic midfielder with a lethal right boot. While Peter Odemwingie and Shane Long have proved that they can cut it in the Premier League.

Many of these signings came courtesy of Dan Ashworth working in a Sporting and Technical Director role. Proving that the joint setup of Manager and Technical director can work. Unfortunately for West Brom, in September Ashworth left the club to take up a similar role at the FA. A departure that could prove even more critical than Hodgson leaving.

Whoever West Brom replace Ashworth with, Steve Clarke will be hoping the appointment can prove to be just as prolific. Clarke will need all the assistance he can get having made the switch from spending a decade as an assistant to now being a manager. In true managerial style, Clarke already looks as though he has aged around 10 years since his appointment in the summer!

The Premier League is a distance game, and come May its longevity has a tendency to weed out the clubs punching far above their weight. While it makes for a pleasant change to see West Brom within touching distance of the UEFA Champions League places, I would question whether they have the lungs to sustain that form.

The cynics among us will already be pointing to the cracks, following the consecutive defeats to Swansea and Stoke City.

Wherever they end up, West Brom have already proven to be a model club. Especially to those clubs looking to make the step up from the Championship to the Premiership on a controlled budget. And if league positions were judged on budget and spending power alone, we probably would be looking at Champions elect.