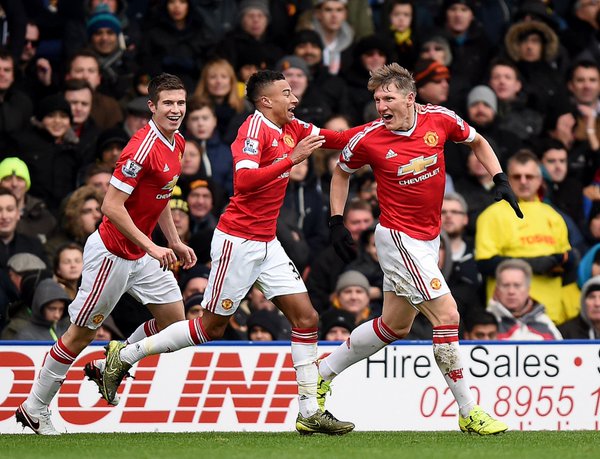 Memphis Depay silenced his critics with a superb goal in the 11th min of the match. The Dutch winger volleyed into the top corner from six yards out meeting a delicious floating cross from Ander Herrera.

Take a look at the fantastic goal. It was all about the cross from Herrera. Equally brilliant finish from Depay.

Brilliant finish by Memphis. Answering his critics in the best way.

Delighted for Memphis, hasn’t had the start Martial has, but definitely shown signs of what’s to come. That goal will help the confidence. — Liam (@OffsideLiam) November 21, 2015

David De Gea was less busier than the two goal keepers on pitch but the Spaniard was forced to make few good saves.

Chris Smalling!!! Amazing and De Gea too. Heart getting pulled all over the place. — MUFC Peoples Person (@PeoplesPerson_) November 21, 2015

Troy Deeney equalised for Watford, after he was brought down in the penalty box by Marcos Rojo.

Can’t fault Rojo that much! The pressure was piling!

Rojo should be playing at full back like he does for Argentina. Don’t know why LvG insists on playing him at CB. Childish! — Joe Banker (@Joe_Lightning_) November 21, 2015

However United kept going and snatched the victory at the end with Deeney at fault, putting the ball into his own net failing to clear the shot from Schweinsteiger.

@ManUtd what a thrilling encounter… @BSchweinsteiger you beauty @Memphis with a good comeback and overall a fantastic team performance ❤❤ — Aamod Oak (@aamod_oak) November 21, 2015

Thought United looked loads better today, despite a shaky spell in the second half. Feels like one of those ‘big wins’.

No other keeper in world football makes that De Gea save. — Alex Shaw (@AlexShawESPN) November 21, 2015

All things considered – that was a performance of serious title contenders

Dramatic late goals to win a game…it’s been far, far too long. I’ve missed you. Players must be bouncing off the walls right now. — MUFC Peoples Person (@PeoplesPerson_) November 21, 2015