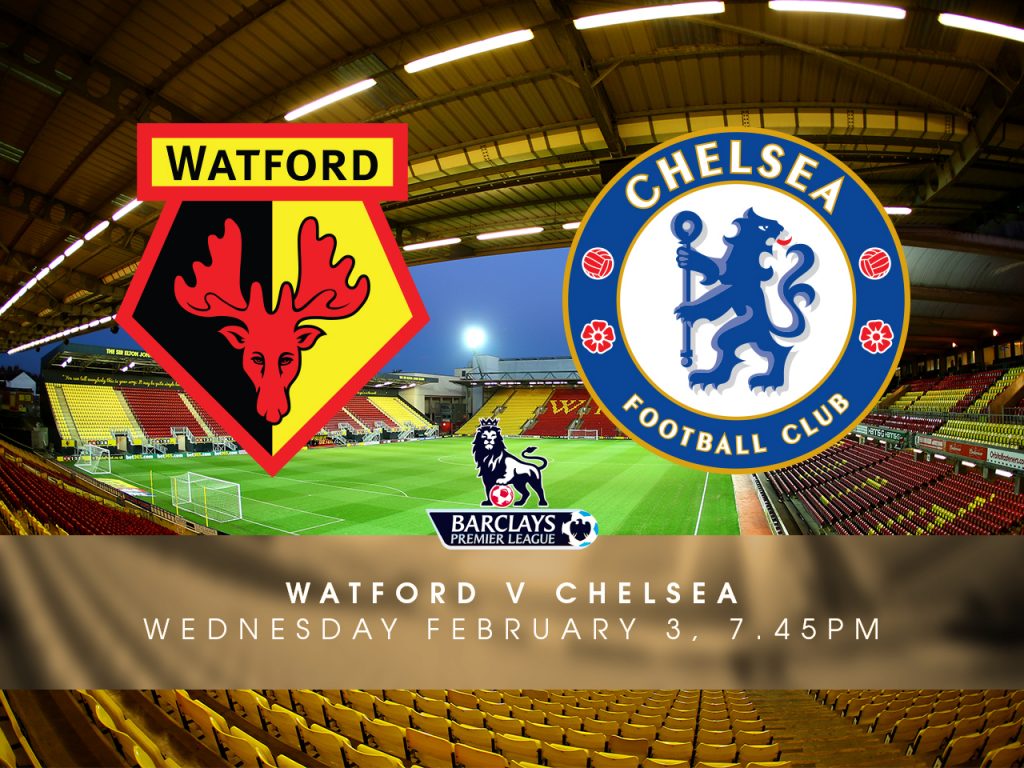 Meanwhile, after a catastrophic start to the season, Chelsea have shown signs of recovery and are yet to lose a game under Guus Hiddink this season.

The morale of the Chelsea side have improved a lot under the Dutchman and the fans will be delighted that their star player Eden Hazard finally scored his first goal for Chelsea since May 2015 in their FA Cup triumph over MK Dons at the weekend.

Watford will be without the services of midfielder Nathan Ake who is ineligible to face his parent club. The other absentees include Joel Ekstrand and Tommy Hoban.

As for Chelsea, Alexandre Pato could make his first-team debut tonight, although he is expected to start on the bench.

Strikers Radamel Falcao and Loic Remy are out with injuries and midfielder Willian could also miss out after he picked up a foot injury in Chelsea’s win over MK Dons at the weekend.

Chelsea have scored at least 2 goals in 8 of their last 9 matches against Watford in all competitions.

Chelsea are undefeated in their last 9 matches against Watford in all competitions.

Chelsea are undefeated in their last 7 matches in the Premier League.