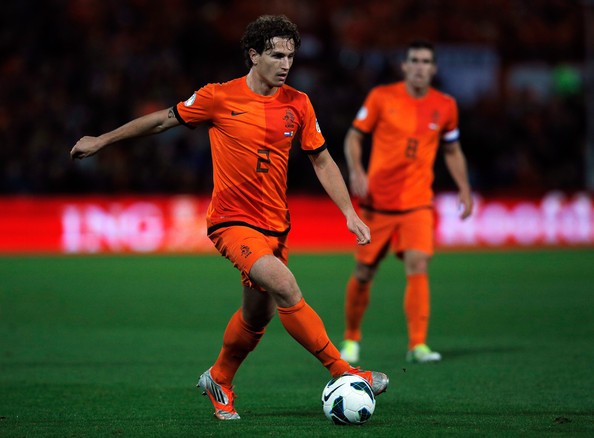 According to Sky Sports, Watford defender Daryl Janmaat has picked up a knee injury and will be out of action for up to six weeks. The 29-year-old’s representatives released a statement detailing the extent of his injury and ruled him out of Saturday’s Premier League meeting with Arsenal and their upcoming clashes with Bournemouth on October 6 and Wolverhampton Wanderers on October 20.

The statement reads: “Daryl Janmaat will not take action in the coming weeks. The 29-year-old player of Watford FC and international of the Dutch national team has undergone a minor intervention on his meniscus and is expected to be off for five to six weeks.

“Due to the small intervention on the meniscus of his right knee, Janmaat is offside in the coming weeks. This means that he not only has to miss the upcoming matches of his club Watford in the Premier League and League Cup, but he also has to miss the matches against Germany (on October 13) and Belgium (on October 16).”

Janmaat, who has represented the Netherlands national team on 34 occasions, has made six appearances in the Premier League this season. He’s been a key player during their rise under Javi Gracia, helping the Hornets to fourth in the division early on, but Watford will now have to fare without him until late-October or early November.

In Janmaat’s stead, Watford have Kiko Femenia and Marc Navarro as options at right-back. Given how narrow Gracia sets up his side, having a strong option at full-back is essential and could prove costly if the Dutchman’s replacement isn’t up to scratch. Prior to his injury, the 29-year-old had made the third-most tackles, the third-most interceptions and has blocked more crosses (5) than any of his teammates. He’s a vital player that won’t be easy to replace for six weeks.