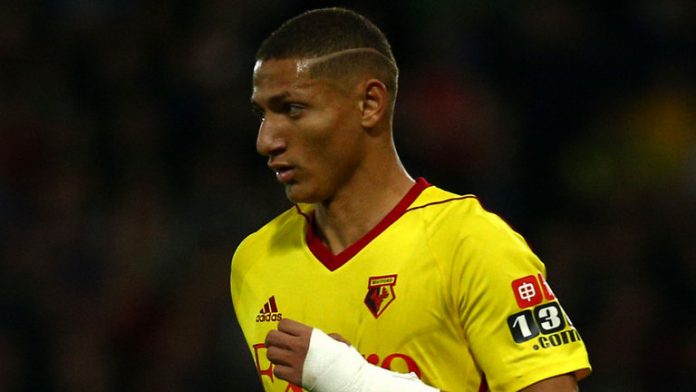 According to the Mirror, Watford forward Richarlison could be on his way out of Vicarage Road this summer with Chelsea leading the race for his signature. Arsenal, Paris Saint-Germain and AS Monaco are reportedly also keen on the Brazilian, but his future may lie at Stamford Bridge.

The 20-year-old joined Watford from Fluminense last summer and has gone on to make 36 appearances in all competitions, scoring and creating 10 goals. His form has spiralled in 2018, however, failing to score in his last 21 league outings and has recently been dropped by manager Javi Gracia as a result.

Chelsea could need to strengthen their attack as Eden Hazard has an uncertain future. The Belgian international has been heavily-linked with a move to Real Madrid, a club who wanted him before Chelsea won the race for his signature in 2012, and a move could be on the cards given how poorly the defending champions have fared this season – fifth after 32 games with 57 points.

Richarlison is still young and developing, but he impressed during the first half of the season which proves he can cope in the Premier League. He won’t be cheap to sign, however, with the Brazilian’s asking price being around the £40m mark, but the £30k-per-week forward has the potential to play at a high level.