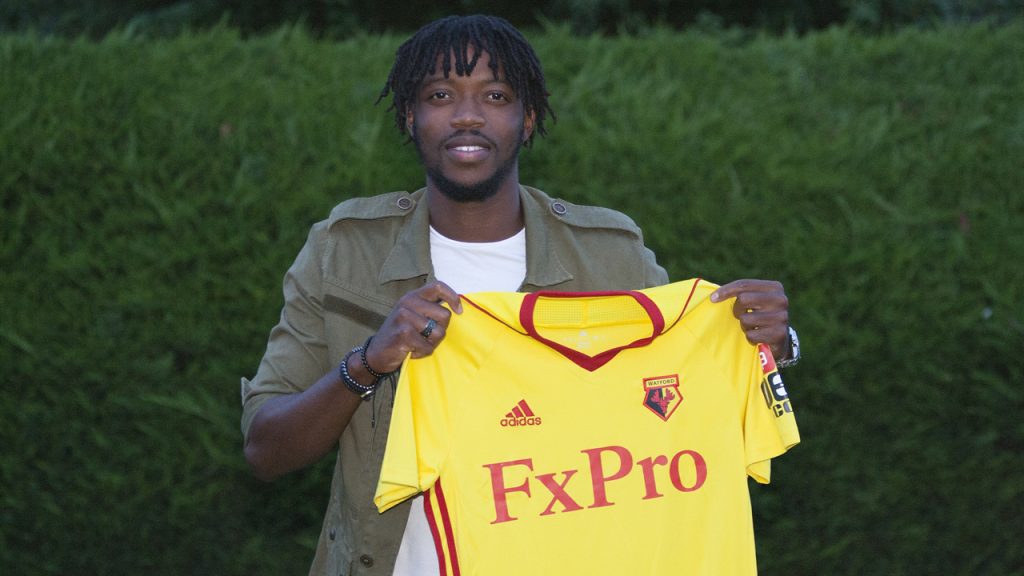 Chelsea have agreed on a fee with Watford for the permanent transfer of Nathaniel Chalobah.

? | #watfordfc is delighted to confirm the signing of @chalobah on a five-year deal!https://t.co/Phzc0mgw7m pic.twitter.com/Mprqa1VSHX

The youngster has signed a five-year contract with the Hornets after spending 12 years at Stamford Bridge. According to a report from BBC, the player has joined the club for an undisclosed fee.

Watford have confirmed that the former Chelsea midfielder will wear the number 14 shirt next season.

Chalobah joined the Blues as a youth player in 2005 and has had several loan spells with Nottingham Forest, Middlesbrough, Burnley, Reading and Napoli. The 22-year-old joined Watford on loan during the 2012/13 season as well. Back then, he scored 5 goals in 42 appearances for the Hornets.

The young midfielder is looking to play regularly in the Premier League and Chelsea have failed to provide him with such assurances. Chalobah made just 15 Premier League appearances for the champions last season.

At Watford, he will be able to continue his development with regular first-team football, away from the spotlight. The England youth international is very highly rated by his coaches and the move could help him fulfil his enormous potential.