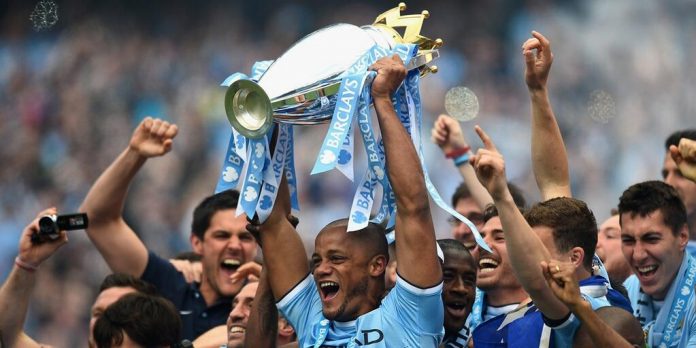 Manchester City are the Premier League champions for 2013/14, with their 2-0 win over West Ham on Sunday consolidating their position on the top of the table, with Liverpool powerless to prevent the title heading to the Etihad for the second time in three years. 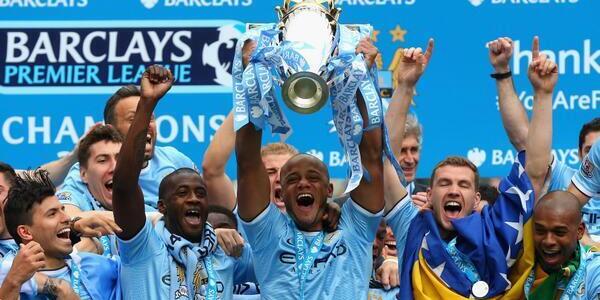 The day began with both Liverpool and City able to emerge as title winners, with Brendan Rodgers’ side needing to beat Newcastle at Anfield, and pray West Ham had it in them to inflict defeat on Manuel Pellegrini’s City; but the Sky Blues were in no mood to give their rivals hope.

Samir Nasri’s crisp finish from outside the box just before half-time gave City that crucial first goal, and with Newcastle somehow leading at Liverpool, the party started early in Manchester. 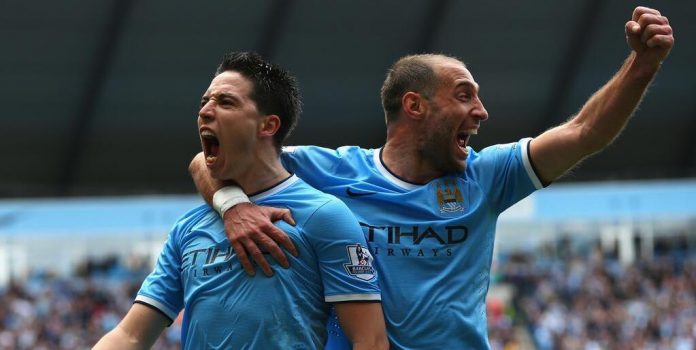 David Silva then hit the bar for the champions-elect, before captain Vincent Kompany lifted the roof off with a close-range finish that all but confirmed City’s title triumph.

It was rather fitting that the Belgian skipper bagged the goal that obliterated Liverpool’s fading title challenge, and brought his side to the very cusp of domestic triumph; and boy, how he celebrated! 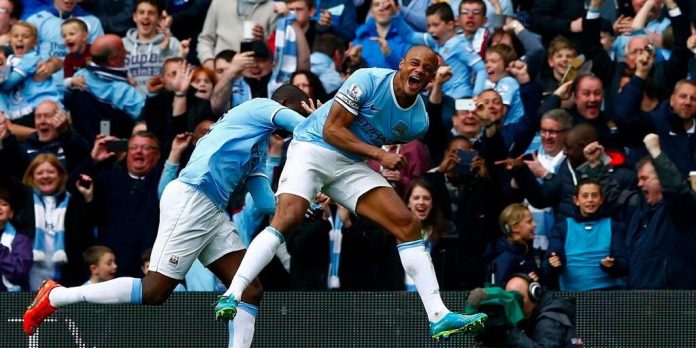 Despite Liverpool clawing their way back into their game against Newcastle, City were coasting to victory, and with West Ham offering very little in terms of an attacking response, Pellegrini’s men saw out the second half with ease.

The full-time whistle heralded a mass pitch invasion, with jubilant City fans rushing on unhindered to swamp their heroes in what was a day of unshackled joy for everyone connected to the club. 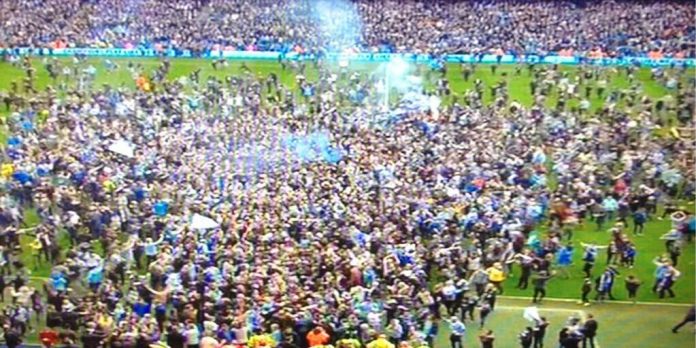 Having wrested themselves from the loving embrace of their fans, the City stars celebrated back in the dressing room, with three players taking it upon themselves to post a selfie of their ecstasy!

What a season it’s been, and City have proved to be worthy champions. Commiserations must go to Liverpool, with the likes of Luis Suarez and Steven Gerrard having exceptional seasons, but they will be back, along with Arsenal, Chelsea, and Manchester United to challenge City for their crown next season.

Now what? Well, we have the FA Cup final between Arsenal and Hull later this month, and the eagerly anticipated Champions League final between Real and Atletico Madrid.

Oh, and we’ve the small matter of a certain tournament in Brazil to look forward to in the summer. The Premier League may have finished, but football never dies!

What do you think? Are Manchester City worthy title winners? Who will be the strongest challengers next season?