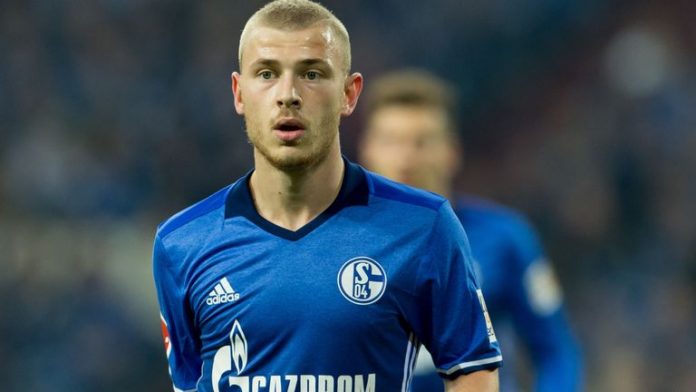 Arsenal target Max Meyer appears set to price himself out of a move to the Premier League.

The Schalke midfielder is now a free agent after running down his contract with the Bundesliga club, but his £80,000 per week wage demands are putting off any potential suitors.

Arsenal are among five clubs who have been offered the chance to sign the 22-year-old this summer.

Liverpool and Tottenham Hotspur have previously been linked with Meyer, although a proposed salary in excess of £4 million per year seems to have cooled their interest.

Atletico Madrid and Fenerbahce have also been touted as possible destinations for Meyer.

The midfielder signed a professional contract with Schalke in 2015.

He has made nearly 150 appearances in the Bundesliga and been capped four times by Germany.

Meyer helped Schalke finish second behind Bayern Munich last season and they had been keen to tie him down to a long-term deal.

The Gunners have been linked witt numerous midfielders this summer including Sevilla pair Ever Banega and Steven N’Zonzi.

Both players are better options than Meyer whose lofty salary denmands smack of a player more interested in cash than furthering his playing career.