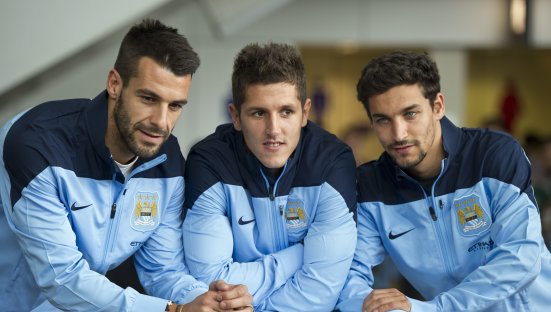 Manchester City defender Vincent Kompany has revealed how excited he is for the new season to start after seeing City’s summer signings all on fire in training.

‘I’m sure they’ll have a great season. Alvaro (Negredo) left has given us defenders an interesting time during training with his movement and finishing. (Stevan) Jovetic centre you can see has great feet. I can’t say enough about (Jesus) Navas right and all those that have joined us. We’re only going to improve, especially considering how quickly the new signings have settled.’

A number of the new recruits starred and shone in City’s recent pre-season friendly against AC Milan – the game finished 5-3 to the Premier League runners-up. The side took a 5-0 lead in just 36 minutes.

New manager Manuel Pellegrini has also praised his players for the performances shown in training and in games. He feels the side have more than enough quality to challenge fierce title rivals Manchester United for the Premier League crown this coming season. 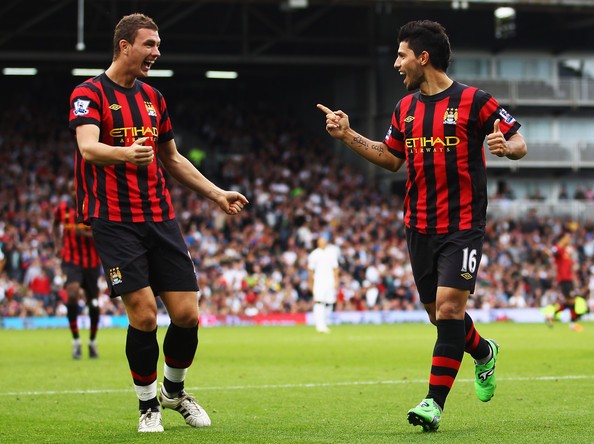 City are spoiled for choice with attacking options. They have Edin Dzeko left, Sergio Aguero right, Steven Jovetic, and Alvaro Negredo as their options in attack.

How Pellegrini will keep the quartet happy is a question many are asking themselves – especially after stating Edin Dzeko and Sergio Aguero will be given a big part to play for the side.

Jesus Navas, a summer signing, primarily plays a right winger and has Samir Nasri, Scott Sinclair, and James Milner all for competition.

The Citizens certainly are overstocked with choices, and whether that will go in their favour remains to be seen.

However, they do boast some of the most exciting players all in the same side. Navas, and Jovetic were two players heavily coveted by a number of side in Europe this summer, and are tipped to make an instant impact.