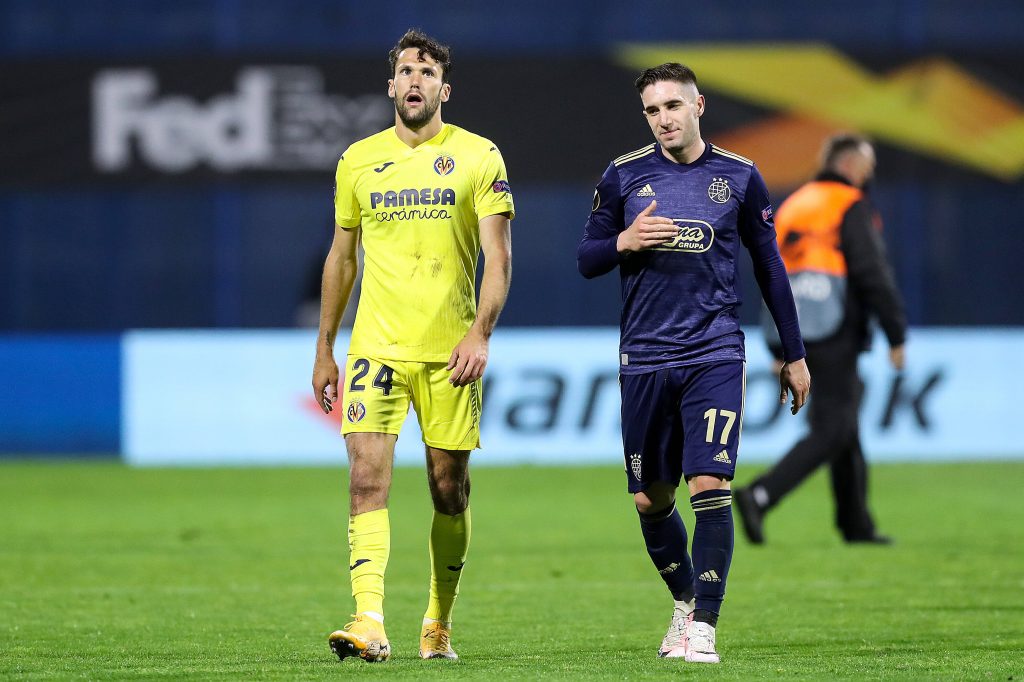 The Europa League returns to action on Thursday as Villarreal entertain Dinamo Zagreb at the Estadio de la Ceramica in the return leg of their quarter-final tie.

Gerard Moreno converted a spot-kick in Zagreb last week to give his side a narrow advantage going into the return leg, as Villarreal look to win a fourth successive Europa League quarter-final tie.

Author of unprecedented three consecutive Europa League triumphs with Sevilla, Unai Emery hopes to guide his Castellon side to their first-ever competition final. He is likely to meet former club Arsenal in the semi-finals, which is another rich sub-plot in itself.

After suffering a 2-0 defeat in their first UEFA meeting with Dinamo, Villarreal have won the subsequent two, scoring four unanswered goals in the process.

Emery’s men have produced an outstanding Europa League campaign so far, going unbeaten in all 11 fixtures in the competition (W10, D1), walkover result against Qarabag on Matchday 6 included.

Excluding the awarded win over Qarabag, the Spanish team have kept a clean sheet in seven of their remaining ten games in the Europa League proper this term.

The Yellow Submarine boast a decent home record in the Europa League knock-out stages (W12, D2, L4), albeit they have lost three of their last five such outings (W1, D1).

Dinamo cruised to top place in Europa League Group K, having picked up 14 points to finish ahead of Wolfsberger, Feyenoord and CSKA Moscow without a single loss (W4, D2).

The perennial Croatian champions staged a sensational second-leg comeback to oust Tottenham Hotspur 3-2 on aggregate in the previous knockout round (0-2 A, 3-0 H).

Damir Krznar’s men had gone winless in seven away European fixtures on the trot (D3, L4) before claiming a narrow 1-0 win at Wolfsberger on Matchday 4, subsequently adding two more triumphs to their tally.

A 1-0 first-leg reverse has worsened Dinamo’s disastrous European record against Spanish adversaries that currently stands at W1 D1 L9, with that lone success coming against Villarreal in the 2010/11 Europa League group stage.

It will be a daunting prospect for the Croatian juggernauts to find their way through to the semi-finals, knowing they have suffered elimination in eight of the nine UEFA ties after losing the first leg at home.