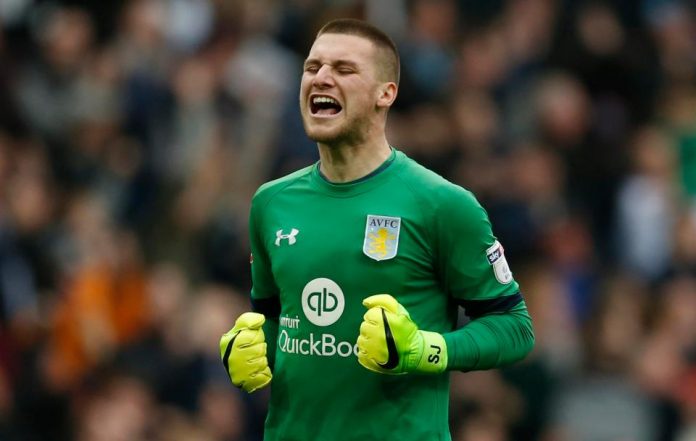 Aston Villa manager Steve Bruce has admitted that the club would like to sign Sam Johnstone, on loan from Manchester United, on a permanent deal in January.

The 24-year-old is enjoying his second loan spell in Birmingham and has played in every Championship game this season, keeping five clean sheets in the process. His impressive performances between the sticks has made Bruce hopeful that the club would work out a deal to make his stay at Villa Park permanent.

“It would be great to keep him here for the next few years as Villa’s number one,” he said. “I will need to ask the question. The ideal move for us would be to buy him in January.

“Can we secure him as our number one? I’ve never really asked Sam. Also, have we got the money?

“Looking at De Gea and Romero at United, it’s a difficult path for him.”

Born in Preston, Johnstone joined United’s youth academy back in 2009. He soon established himself as one of the best keepers in the club’s youth set-up before representing England at all levels from U-16 to U-20.

This is Johnstone’s tenth loan spell, and a string of good games has pushed Villa up to seventh on the Championship table, just one point off the play-offs spots. But despite being a journeyman in the English Football League, Bruce believes that Johnstone still has time to reach his full potential.

“You’ve seen it, a young goalkeeper coming in and getting better with every game he plays,” he said.

“The difference in him since he’s started in January to now is light years. He’s confident, playing every week and he’s playing real football.”

Villa’s next league outing will be at the Molineux Stadium where they will face second placed Wolverhampton Wanderers on 14 October.