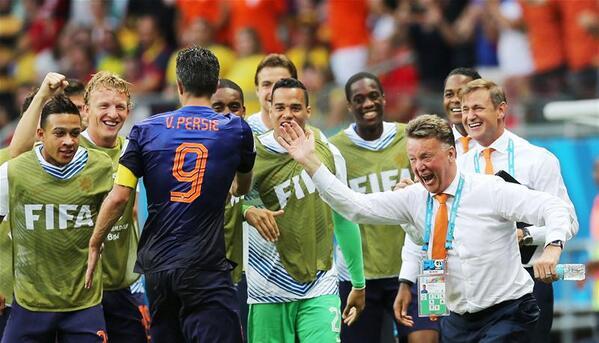 Manchester United’s Robin Van Persie scored with an absolute stunning header which gave Netherlands their equalizer against Spain in the World Cup’s Group B encounter at the Arena Fonte Nova in El Salvador.

The 30 year old then raced down the sidelines to celebrate his incredible effort with the national coach and new Manchester United manager Louis Van Gaal as the Dutch bench went ecstatic. Van Persie headed in Daley Blind’s magnificent ball from out wide as the Dutchman restored parity in the proceedings after Xabi Alonso had earlier given Spain the lead after converting from the spot.