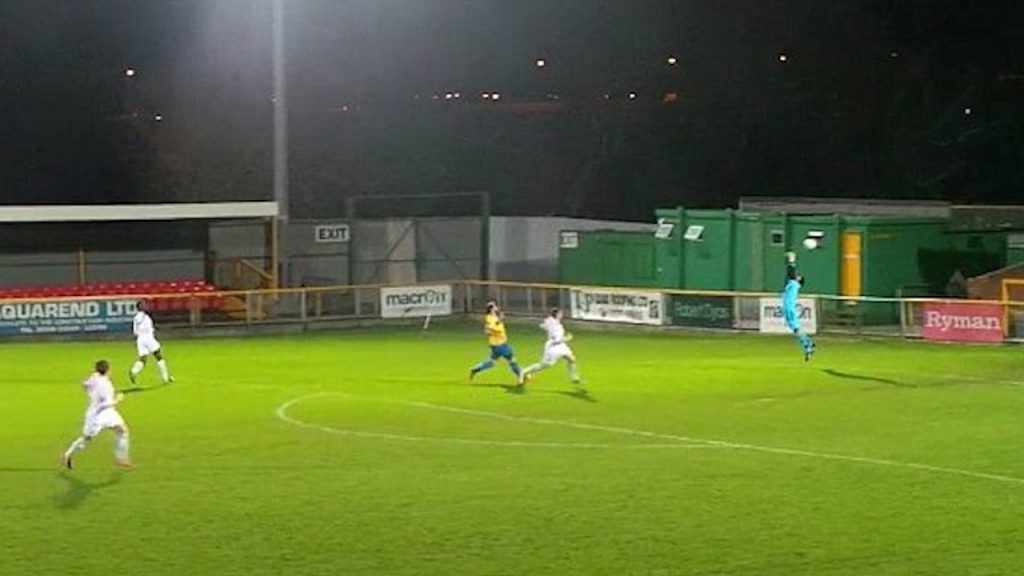 An Isthmian League clash between Thurrock FC and Romford FC witnessed an incredible own goal from Thurrock defender Kamarl Duncan. The goal was aided by Storm Barney, as Duncan’s attempted clearance from inside his own half flew backwards before bouncing and looping over the head of his goalkeeper Rhys Madden for one of the most bizzarre goals you’ll ever see.

The high winds of Storm Barney, which blew at around 60–70 mph, had little obstruction in Thurrock’s Ship Lane ground in Aveley, Essex as the absence of high stands in the ground meant conditions were unfavourable for playing. However, the match went on and Duncan’s own goal put Romford into a 1–0 lead before the hosts salvaged a 1–1 draw.

Thurrock’s manager Mark Stimson was left gasping at the events that unfolded, as he said it was the first time he had ever see anything like the own goal. “I have a lot of experience as a manager but have never seen anything like that before,” Stimson said after the game.

Stimson further added the referee should have used his common sense to call the match off owing to the difficult playing conditions, and the fact Thurrock’s stadium doesn’t have the luxury of high stands to combat the windy conditions.

“We don’t have the luxury of having high stands so there’s no shelter from the winds.

“They asked the referee whether the game should be played but unfortunately he didn’t use his common sense,” he added.

Storm Barney has been causing havoc and disrupting life in the UK, and in this case, left its mark in football as well. A rare moment of recognition for the non-leaguers, but one aided by the force of nature.