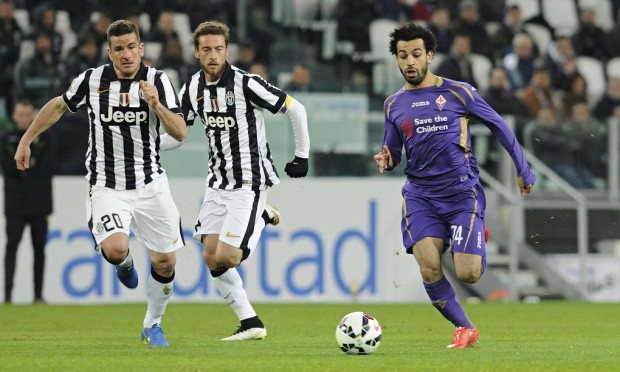 Mohamed Salah’s Chelsea career never really worked out as planned. But his loan spell at Fiorentina just how good a player he really is. The Egyptian has been in stunning goalscoring form since his move to the Serie A, and that continued last night.

Salah scored a brace and single-handedly won the game for Fiorentina away at Juventus in the first-leg of their Coppa Italia tie. The Old Lady, who are runaway leaders in Serie A, hadn’t lost a home game in 2 years coming into this one, but the Florence side had an ace up their sleeve in the form of their newly-signed winger.

The first of the two goals was one of the best solo goals you are likely to see this season. Picking up the ball on the halfway line, Salah led a one-man counter-attack for his side, sprinting past three defenders in a 60 yard-run, which culminated in a calm and composed finish into the top corner.

Hold the phone. Mohamed Salah did this tonight. One man counter attack. pic.twitter.com/iDe6dI8EOW

Juventus equalised soon after through Fernando Llorente, but it was Salah who had the final say with a clinical finish early in the second half which turned out to be the winner. This now means that the 22 year-old has 6 goals in 7 appearances in all competitions since his move from Stamford Bridge.

The Chelsea players were keenly watching their teammate, and took to Twitter to acknowledge his contributions:

While it remains to be seen whether Salah does have a future at Chelsea, he is doing himself no harm with these incredible performances for Fiorentina. The Premier League is a more difficult playground, and he wasn’t able to perform consistently here when given the chance.

But, Jose Mourinho will have his eye on him, and if he continues in a similar vein for the rest of the season, we will see back in England in the summer.