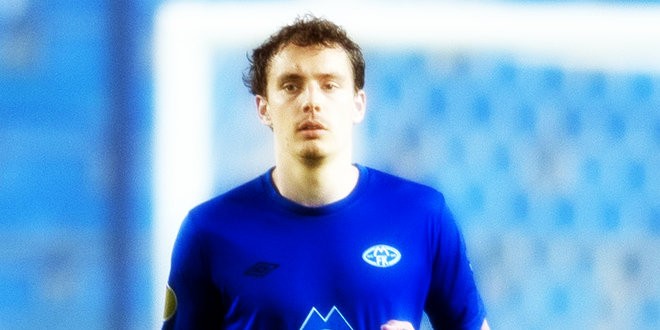 Liverpool have stepped up their chase ahead of rivals Everton in the race to sign £4 million rated Molde defender Vegard Forren.

The 24-year-old central defender will be training with Liverpool at Melwood training ground on Tuesday and will undergo a trial ahead of a possible switch to Anfield.

Forren initially declined the offer to train with Liverpool as there was no concrete offer in place for him but changed his heart in the end. The Norwegian’s agent Jim Solbakken is in England to negotiate his transfer while hosts of English clubs – Manchester United, Fulham and Sunderland – are also interested in his signature.

Forren made 179 appearances in all competitions for Molde since joining the club in 2007 and rejected a move to Bruges in the January transfer window. The Norway international revealed his ambitions of playing in the Premier League as he was quoted in the press:

“I know there is interest from different clubs, but I don’t have a good overview of the situation.

“I am not ruling out other leagues, but I have said that I am keen to go to England. For me, the Premier League is the best place to play.

That is what we are working on.”

Everton manager David Moyes personally scouted the player by visiting Norway but due to lack of sufficient funds to move on with the transfer the interest appears to have cooled down in recent months.

Rodgers is looking to bolster the squad and keen to sign a central defender as he wishes to send young Sebastián Coates on loan in order to give the Uruguayan much needed regular football. The Reds are also heavily linked with a move for France U-21 centre-back Nicolas Isimat Mirin.