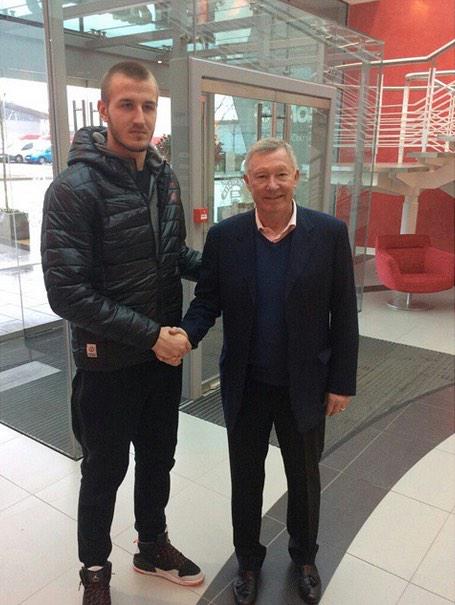 Vanja Milinkovic was signed in the summer but he was immediately sent on loan to FC Vojvodina in Serbia. The 17-year-old has been at Manchester last week where he trained at Carrington for the first time since his signing.

He is a tall and physically imposing goal keeper and has been playing regularly in the Serbian league this season, where he has started 15 of FK Vojvodina’s matches this season.

The Peoples Person took an exclusive interview with a Serbian football fan, from where we can understand that – he has had some stand-out performances, but being young, he has also made mistakes and needs to work on decision making and positional sense.

He is very comfortable in the air but far from being a finished product. He is very raw and will have to wait for his chances to make the senior grades at United, but he has all the tools to be a great goal keeper.

During his visit to Carrington, he met with Sir Alex Ferguson and took twitter to express his reaction. 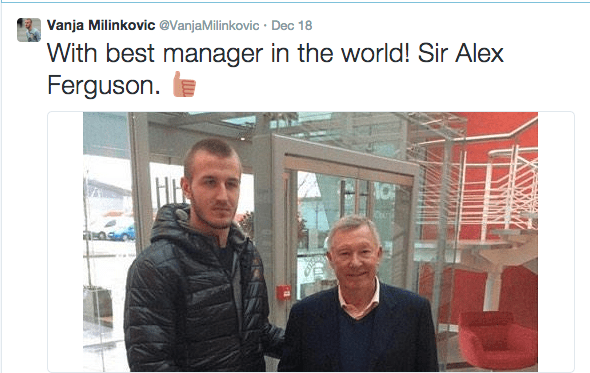 Another youngster who was at Carrington yesterday Canadian midfielder Josh Doughty who is now waiting for international clearances so that he can make his debut in January.

Doughty is seen as one of the brightest young players in the world, and the 17-year-old was seen watching the U-18 team in action.