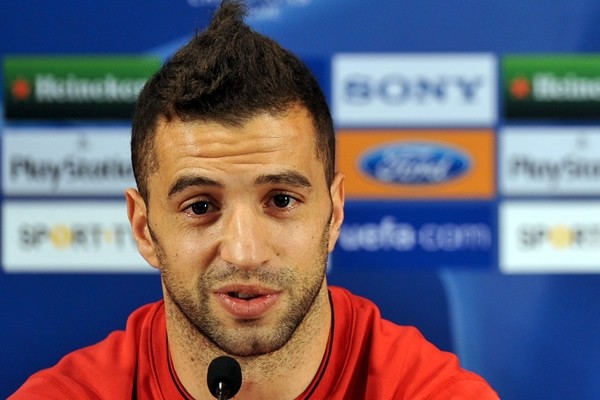 Simao, the former Barcelona, Benfica, and Atletico Madrid midfielder/winger feels he still can play at top level for two more years, but currently is without a club.

The 34-year-old graduated from the Sporting’s youth academy and played for two tears at the senior level before joining Barcelona. He made over 40 appearances for the Catalan club before joining Benfica where he spent the best part of his career.

Simao recalls the good memories of his Barcelona days and in an interview with Portugal newspaper Record has shared his view on the contrasting personalities of Manchester United manager Louis van Gaal and Chelsea boss Jose Mourinho. He knows both of them personally during his time at Barcelona, and notes their contrasting characteristics.

About Van Gaal: “He got mad at us very often. Everywhere: in training, matches… He was very demanding: for instance when we travelled we had to wear a tie, and we couldn’t use cell phones in the bus or the locker room.”

About Mourinho: “He was very relaxed, always making jokes. In the morning he gave me copies of newspapers and news he found online. He was very attentive.”

Simao joined La Liga outfit Espanyol on a free transfer in 2012 on a two year contract. He made 60 league appearances, scoring five goals but was released by the club in 2014. He has an impressive record for Portugal as well, having scored 22 goals in 85 international appearances.