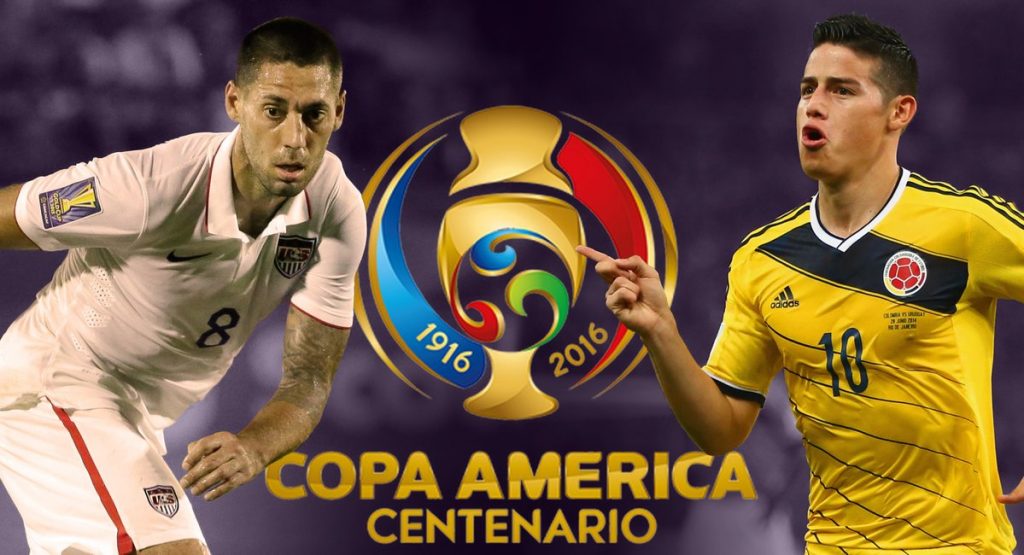 Colombia picked up full three points in the opening game of the Copa America 2016 Centenario with a convincing 2-0 victory against hosts USA at Levi’s Stadium in Santa Clara, California, with goals coming from Christian Zapata and James Rodriguez.

After a cagey opening first five minutes, Colombia took the lead through AC Milan defender Cristian Zapata. His club teammate Carlos Bacca did brilliantly to take the marker with him from a corner kick, leaving Zapata in acres of space to slot home from close range.

It was Zapata’s first international goal for his country and the quickest opening goal of the tournament recorded since 1999.

That finish was cleaner than any tackle Zapata has ever made!

Cristian Zapata scored the quickest opening goal of the tournament since 1999, and his first international goal! #Copa100 #USAvCOL

Diaz crossed from the left and the ball had hit Yedlin’s hand. Real Madrid superstar James Rodriguez stepped up and confidently slots home into the bottom corner giving Colombia a healthy 2-0 lead.

Rodriguez has been sensational for Colombia since 2014 – he has scored 12 goals, has assisted in further six and has created more chances than any other Colombian players. He scored his 15th goal for his country today and is now joint fifth top-scorer alongside Teo and Aristizábal.

Pretty comfortable win for Colombia in the #CA100 opener. Los cafeteros a contender.