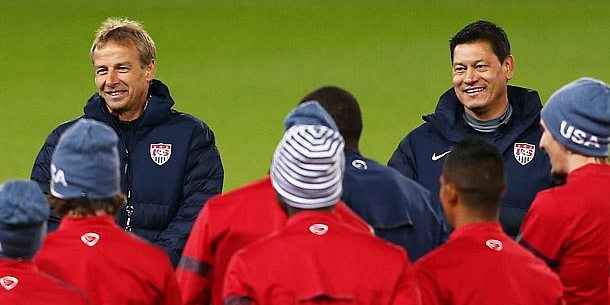 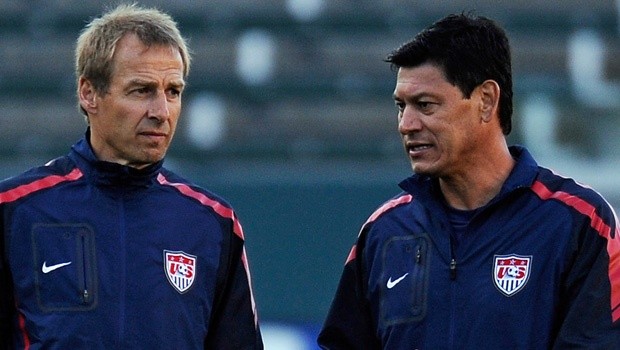 They buried it deep in a press release with plenty of misdirection, but you can’t hide this news entirely: Jurgen Klinsmann has fired his assistant coach just two months before the World Cup.

Under the headline of “Klinsmann Appoints Berti Vogts as U.S. MNT Special Advisor”, Martin Vasquez was officially reassigned to “other responsibilities” – which Klinsmann said will be scouting. It’s unclear if Klinsmann’s number two for duration of his time in charge of the USA will even make the trip to Brazil.

If he does, he won’t be on the bench.

And this wasn’t just any assistant coach. Until a few days ago, you wouldn’t have been surprised if Klinsmann took Vasquez to his grave with him.

Vasquez was the first player to play at the senior level for both the USA and Mexico, and so it’s ironic that he was fired days before a USA-Mexico match.

Vasquez was a young assistant coach for Chivas USA when Klinsmann took him to be his number one assistant coach at Bayern Munich. It was a huge leap of faith, considering that the role of Klinsmann’s assistant is an especially magnified position.

To be successful, Klinsmann needs a yin to counter his yang. Certainly the German is a great motivator and has vision, but what he has in spirit he lacks in tactical nous, and the nitty-gritty details of football management have never been a strong-point.

When he was coaching Germany, Klinsmann had Jogi Low – a supreme tactical mind who directed training and worked the Xs and Os, freeing Klinsmann to do what he does best: motivate.

Low is now in his eighth year coaching the German national side, and he has a European Championship Final, a World Cup third place and another Euro semi-final on his resume. He is one of the most respected coaches in Europe, and he has signed a pre-World Cup contract extension that could keep him at the helm of his nation until Euro 2016.

To put it quite simply, Martin Vasquez is no Jogi Low. 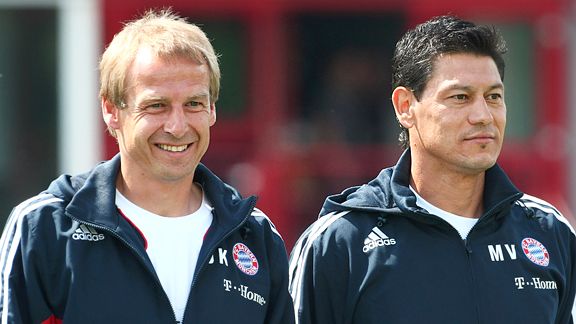 The pair crashed out at Bayern miserably. It didn’t help Klinsmann – a very poor match with club management – that Vasquez was his number two. The American was an object of derision, and Phillip Lahm skewered the pair in his autobiography, where he claimed that Bayern players had to meet pre-match to decide how they wanted to play tactically.

Tactics were supposed to be Vasquez’s department.

When he came home, Vasquez was named manager of Chivas USA. It was quite possibly the beginning of the end for Chivas, as the club put up one of the worst seasons in their history, and Vasquez was discarded after one year.

When Klinsmann got the USA job, Vasquez was working in Real Salt Lake’s youth academy.

And yet this was still the guy who was going to be the new Jogi Low. There were signs of trouble early.

Vasquez and the Klinsmann regimes lack of efficiency and day-to-day direction were a centerpiece of Brian Straus’ March 2013 exposé on the US teetering on the brink of collapse.

Said Klinsmann then of his under-fire friend: “We have 100 percent confidence” in Vasquez. “He’s an outstanding coach and we’re thrilled to have him.”

What happened next? The USA started winning. They beat Costa Rica in the snow, had arguably their best Hexagonal run ever, and the questions and drama died down and were slowly forgotten.

When Klinsmann signed his contract extension that made him technical director, it appeared that his staff was settled – and the regime had a strong vote of confidence.

So why now? Why has Martin Vasquez gotten his marching orders a mere 71 days before the World Cup kicks off?

It’s hard to know. Certainly, Klinsmann doesn’t want to talk about it.

Will the US even miss Vasquez? He was mostly described as a very nice man in way over his head, and his influence with players and among the power structure of the USMNT was always questionable.

So it’s not necessarily that he’ll be greatly missed – but nonetheless, this is a strange move from Klinsmann.

The firing of top assistants is usually the beginning of the end. We see it all the time. The assistants are first to go, and the head coaches usually follow in short order. 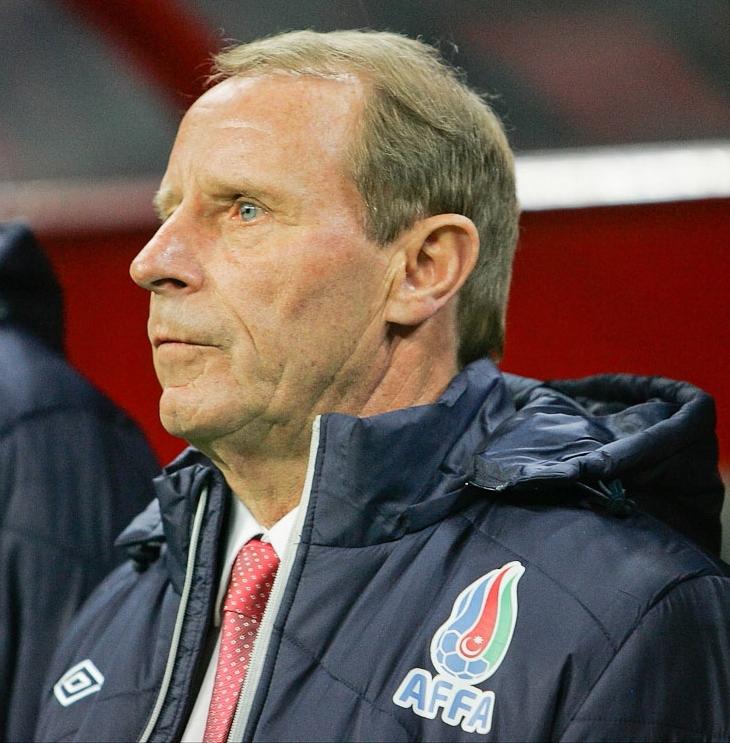 In Vasquez’s place, Klinsmann has promoted Tab Ramos – a quickly rising coaching star – to work with the senior national team, and he has Berti Vogts – a World Cup winner as a player with Germany, and the man who coached Klinsmann with the national team in the 90s.

On the face of the move, it looks like a boon. Vogts and Ramos for Vasquez. But since Klinsmann has been through professional hell with Vasquez and stuck by his side whenever the going got tough, it’s fair to say that all is not well right now.

Palace intrigue isn’t good when it happens two months before the World Cup.

What happened between the boss and his right hand man? We won’t know for a while, and may never know, especially if the US succeeds at the World Cup. But there’s smoke here, and so there’s also fire.

Still have faith in Klinsmann? This was a brutal move for Vasquez. Not only is he not going to play a part in the World Cup after preparing for it for three years, he’s also apparently been stabbed in the back by the man who was once his stanchest defender.

Who’s the new Jogi Low going to be now? Andi Herzog is still involved as an assistant, but he’s never been as close to the team as Vasquez. What will Vogts’ role be? He’s taking on the special advisor role while remaining as the coach of Azerbaijan, a team who the USA plays as part of their kickoff tour in San Francisco on May 27.

With this move, Klinsmann is calling an audible, and previous Klinsmann audibles in every job he’s had have confused players and created resentment.

Vasquez is out. The USA’s second in command has been unceremoniously dumped two months before the curtain opens. Are we sure this team is ready for showtime?