USA 2-2 Portugal: Equaliser at the death drags USA away from dreamland 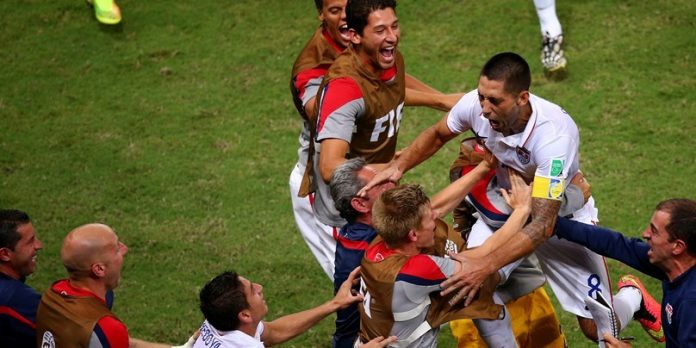 Coming into this World Cup, no-one would have knocked the USA for failing to make it through this ‘Group of Death’. However, 2-1 up against one of the strongest teams in the world, they had the qualification dream stolen from them in the very dying embers of the game.

To have gotten so far in this group is a huge statement of intent for the United States, but the heartbreak of conceding an equalizer within seconds of the final whistle will be the resounding emotion in the wake of this outstanding game.

The US went in at half-time trailing Portugal by a 1-0 scoreline, but giving up was never an option for these guys, who had Jurgen Klinsmann to answer to and a nation of fans, both in Brazil and back home, expecting them to fight till the death. 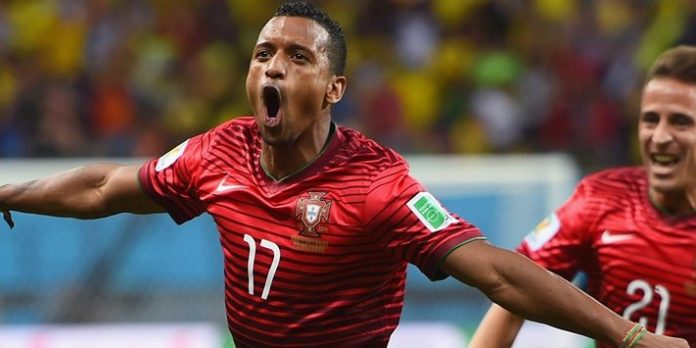 With less than five minutes played, Portugal stunned Klinsmann’s men with an early goal, and at the time it they looked like it was just the start of an onslaught but, much to their credit, USA regrouped well.

The Americans ended up having plenty chances after the setback and played with purpose, refusing to buckle under the pressure of Portugal’s reputation and lead. The opening goal came from a scuffed clearance by Stoke City’s Geoff Cameron, who failed to get a good connection on a dangerous cross and, to his misfortune, it fell right to Nani’s feet at the back post.

The Man Utd winger was further fortuitous when Tim Howard slipped, so after taking a touch to control, he was faced with an easy finish over the grounded US keeper. The 27-year-old hammered it home with certainty. Portugal gave USA two more goalmouth scares later in the half, first through a long range Nani effort, but Tim Howard was not letting history repeat itself and stood strong on the save.

Howard was beaten soon after but the upright came to his rescue and he redeemed himself with a spectacular reflex save on the rebound shot.

Where was the Bradley we know and love?

The Michael Bradley we saw dominating play in the warm up games was mostly absent tonight, and only really popped up twice. The first occasion being when he very nearly found the net, only to be denied by Ricardo Costa’s knee. Graham Zusi of Sporting KC played an exquisite through ball, perfectly placed and weighted into the path of Fabian Johnson’s run on the right wing.

The Bundesliga full-back pulled it back to Bradley and his shot had the keeper well and truly beaten but Costa threw out a leg and got lucky. The score remained 1-0. With just over an hour gone it was very nearly 2-0, when Cristiano Ronaldo broke free in the box but, much against his usual style, the Real Madrid man fired it woefully off-target. 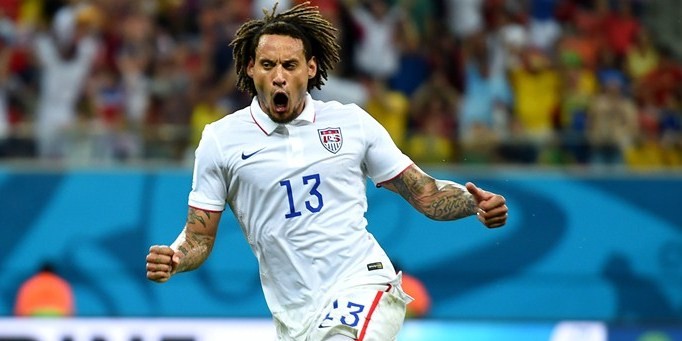 Still USA refused to fold, and within a few minutes they finally got the equalizer they deserved, when Jermaine Jones produced a mirror-image of Lionel Messi’s late winner against Iran.

Beto remained rooted to the spot as the long range shot flew in near the far post at high speed. The game then became very end-to-end, both teams eager to get a winner, one second the USA fans were on their feet, the next second the Portuguese were up. 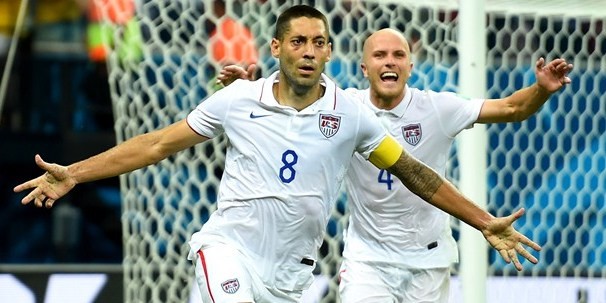 Once again Jermaine Jones played a fantastic ball onto the right wing, this time for substitute Yedlin to pull back to Michael Bradley. The attacking midfielder’s strike was blocked but fell to the feet of Zusi, who put it across the six-yard box to Clint Dempsey and his instinctive reactions came to the forefront, putting the ball into the net with his stomach.

The dream suddenly looked possible. Ten minutes left to play and the current scoreline would see USA as the first team to qualify out of a group that contained Germany and Portugal!

The impossible dream was within their grasp…

USA could almost taste the success as the clock ticked over 90 minutes, but the fourth official indicated they had 5 more minutes to somehow hold off the immense talents of the Portugal national side. 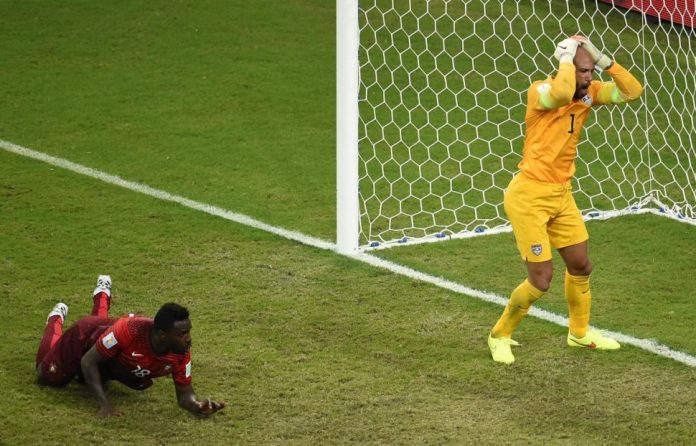 The United States held the ball well and refused to use the ‘corner-flag tactics’ so often seen, but with just seconds of play left they were stung by that man Cristiano Ronaldo. Having kept his superlative talents quiet for 94 minutes, he suddenly came alive with his World Cup hopes on the cusp of evaporation.

Ronaldo played an inch perfect cross into the USA box for substitute Varela to power home the equaliser, saving their World Cup adventure for another day, and dragging the USA back down to a dog-fight in Group G.

Now to face the Germans

Klinsmann’s men were right on the very brink of qualification only to have their dream snatched from them at the death, meaning that they now have to face their manager’s home nation needing at least a point.

It is a lot to ask, but Ghana managed it yesterday so the US camp will go into the game hopeful, especially following two exceptionally hearty performances against Ghana and Portugal.