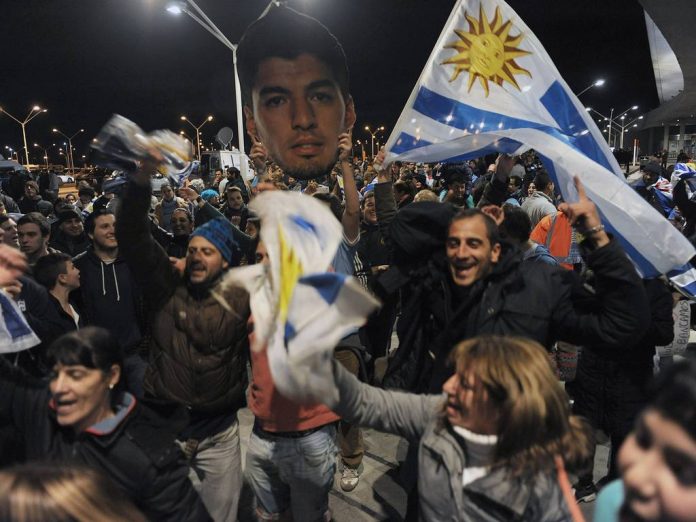 Uruguayan international Luis Suarez has broken his silence in public for the first time and has come out to thank his national side’s fan for their recent support.

The Liverpool superstar was handed a four-month ban from all forms of football after he was found guilty for digging his teeth into Giorgio Chiellini’s shoulder’s during Uruguay’s narrow 1-0 victory over Italy.

The football’s governing body FIFA has handed him such a ban that he is not allowed to be with the national side, which has forced him to return to his home town. Uruguay face Colombia in Round of 16 clash on Saturday and the former Ajax man will miss football for  quite sometime now.

However, that did not stop Suarez to take on Twitter to thank his fans and has urged them to back Uruguay for the clash against Colombia.

“Hi all, I write this post to give thanks to the outpouring of support and love I am receiving. Both myself and my family really appreciate it. Thank you very much for being by my side and I want all my colleagues today we support selection for the match against Colombia,” Suarez tweeted.

It is believed the Anfield club is reportedly unhappy with Suarez’s recent behaviour as it is the third time the striker is involved in such acts. Liverpool are willing to let their star layer leave the club in the summer transfer window.

Barcelona have long been interested in bringing Suarez to Camp Nou, but should they agree a deal for the striker with Liverpool, he would still be out of action for the early part of the next season.